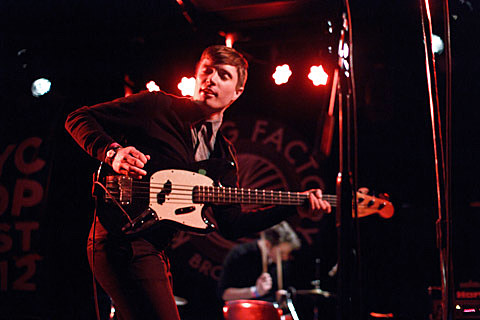 Looking more than a little like Joy Division, black-clad Seattlites Orca Team played Knitting Factory on Friday night (5/18) as part of NYC Popfest and were one of the highlights of the weekend for me. Though his resemblance to Ian Curtis was unmistakable, singer/bassist Leif Anders laid down a serious groove with his instrument (played high Beatles style) and never stopped dancing the whole set. Orca Team were crazy tight and a lot of fun. Pictures from their set are in this post, and more Popfest coverage is on the way.

If you missed Orca Team on Friday, they play Rock Shop tonight (5/21) which is being billed as Popfest Hangover. Orca Team are on last and before them it's Vancouver's Sleuth, Finland's Burning Hearts (who were one of the highlights of Thursday's show at Cake Shop), White Town, and openers (7PM) Outerhope from the Philippines. Tickets are available. 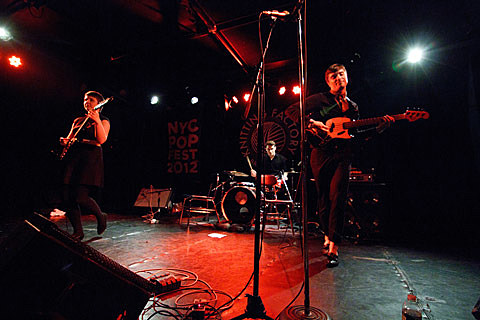 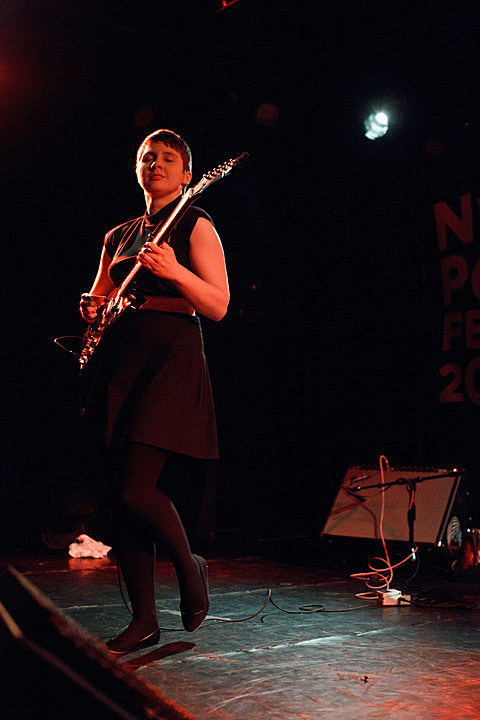 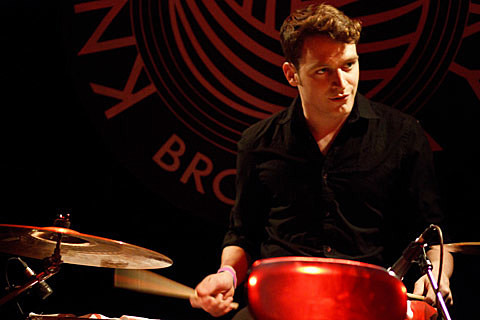 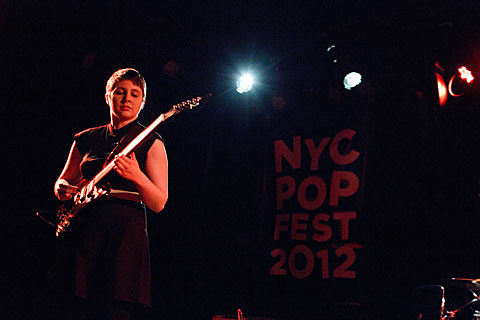 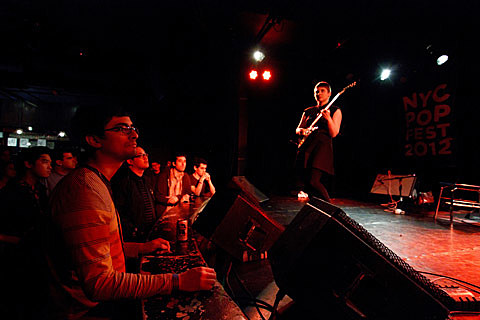 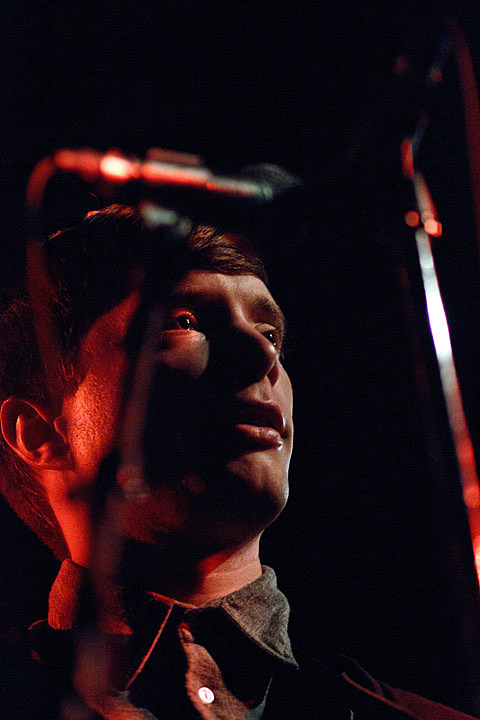 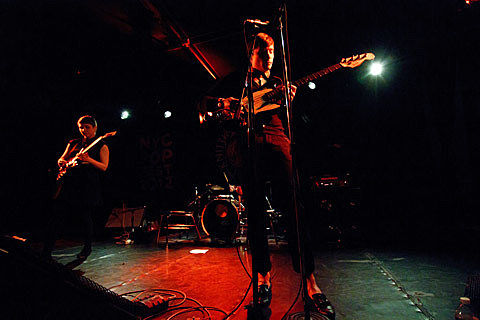 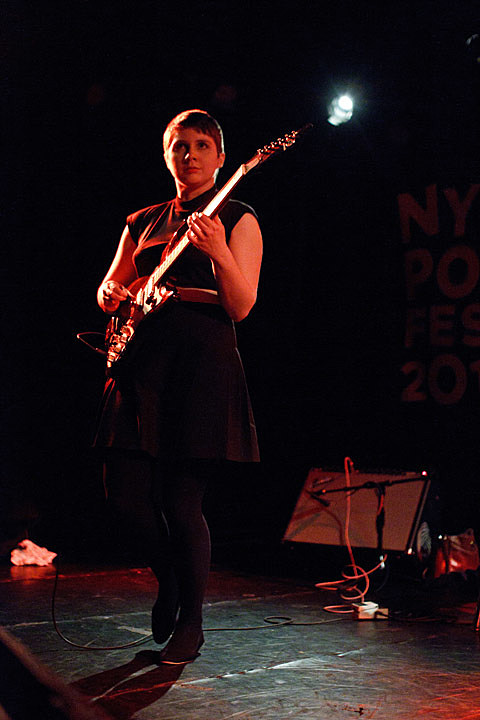 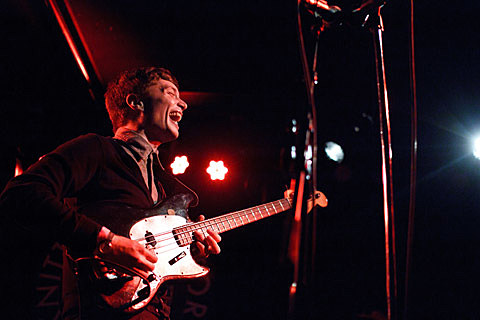 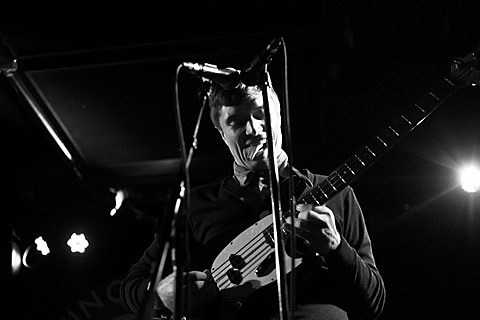 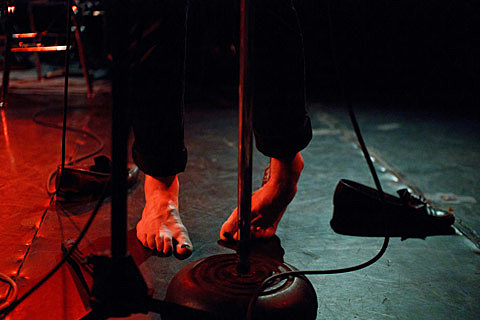 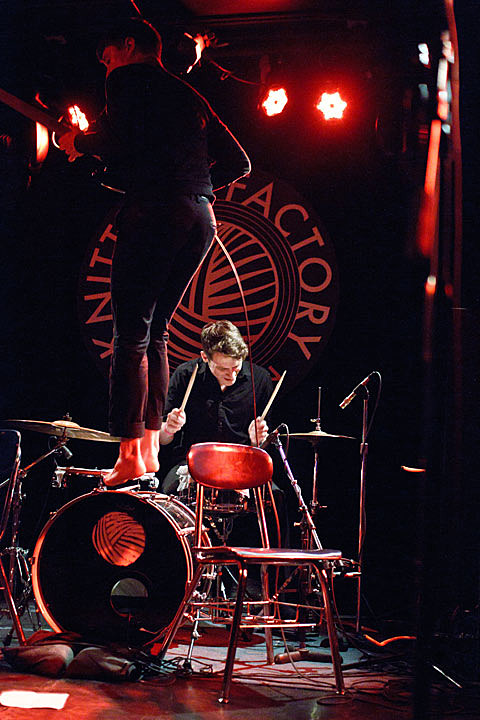 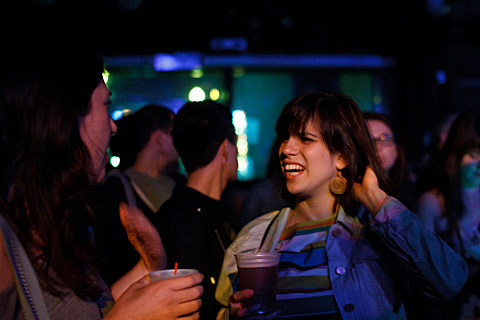