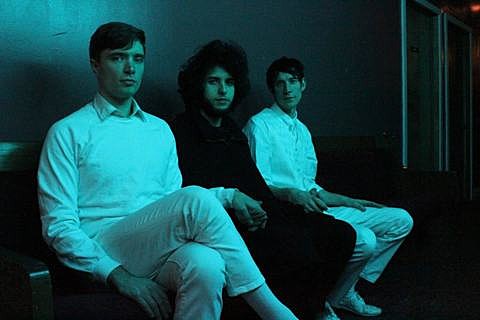 One of my favorite albums of 2012 was Restraint by Seattle trio Orca Team and the band toured the heck out of that album, coming through NYC three times. Which takes the sting out, a bit, to learn that the group called it quits at the end of the year due to real life issues and not so much the dreaded "musical differences."

Frontman Leif Anders, who is also now playing in The Intelligence, has taken no time in moving on having already formed a new band, Week of Wonders, who already have their first EP up on Bandcamp. Like Orca Team, WoW is driven by the rhythm section and Anders' nimble basslines. But the early '60s pop influences have been replaced with an almost Caribbean vibe and you could almost imagine the guitars being replaced by steel drums. You can stream Week of Wonders' Failures EP below.

For BV readers in the SEATAC area, Week of Wonders will play tonight (1/31) in Seattle at Rendezvous @ Jewelbox Theatre. The band have a few more Pacific Northwest dates as well and all are listed below.