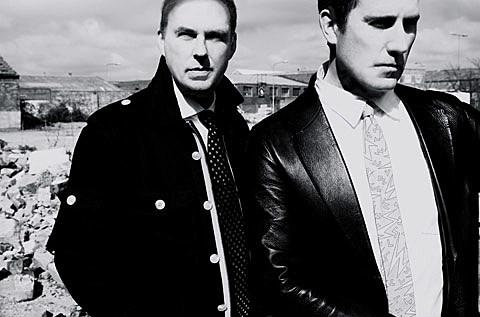 The original line-up of Orchestral Manoeuvres in the Dark are plotting their first North American tour in over 20 years, including a March 8 stop at Webster Hall in NYC with Oh Land. Amex presale for that show starts Wednesday (1/12) at noon, with a general on-sale Friday (1/14) at noon. The veteran synthpop band will also be at SXSW this year.

The classic four-piece line-up of OMD, the same one that gave us the band's first first six albums, haven't played the US since 1988 when they opened for Depeche Mode on the 101 Tour. Founding member Paul Humphreys left the band shortly after that. Andy McLuskey released three albums under the OMD name in the '90s that never saw the critical acclaim or commercial success of the '80s line-up. All four reunited in 2007, and last year released History of Modern, a pretty solid comeback album that features a Peter Saville-designed sleeve and that soaring OMD sound and pop sensibility, tweaked for a new era.

OMD were always one of the better live bands of the synthpop era thanks to the honest-to-goodness live rhythm section of singer/bassist Andy McLuskey (whose goofy on-stage performance style may have invented new wave dancing) and ace drummer Malcom Holmes. Founding member and co-songwriter Paul Humphreys and keyboardist Martin Cooper round out that classic line-up. European shows from the last two years have gotten high marks. From The Guardian:

Tonight, played at unexpectedly ear-splitting volume - as if OMD still feel they have something to prove to the kind of rock fan who spent the early 80s dismissing electronic pop as poncy hairdressers playing synthesisers - they sound great: Messages is darkly melancholic, Souvenir beautifully opaque.

More surprisingly, the audience react the same way to tracks from OMD's comeback album History of Modern, which tells you something about its forensic re-creation of OMD's early 80s sound, weirdness and pop smarts fully intact. Indeed, at one point, an audience member feels impelled to throw her bra at McCluskey's soberly besuited foil, Paul Humphreys. "Thank you," he says, visibly surprised at the ardour with which the band are being received, "for that, um, rather large present."

Will undergarments fly at Webster Hall? I have to admit I'm kind of looking forward to this show. You can check out videos for new singles "Sister Marie Says" (which sounds more than a little like "Enola Gay") and "If You Want It" below, along with a couple classic '80s clips and all OMD tour dates. 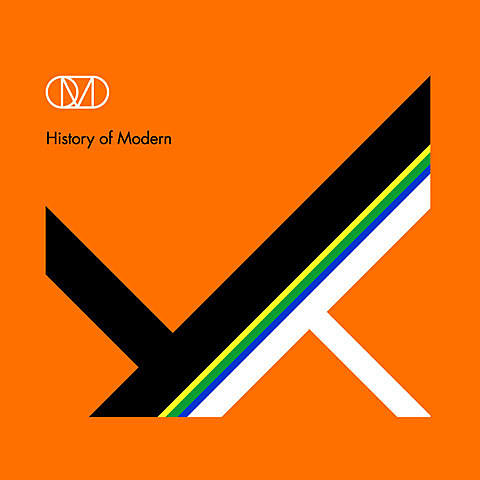 OMD - If You Want It

OMD - If You Leave