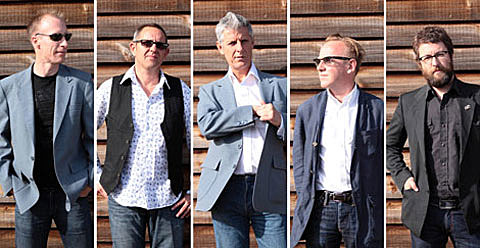 While "Melt With You" may be the only thing anyone remembers about them, the album that song came from, After the Snow, is actually a really solid platter of goth-tinged pop which, you may not remember, came out on 4AD (home of Cocteau Twins, Pixies, This Mortal Coil and The Wolfgang Press). It also contains the absolutely brilliant single "Life in the Gladhouse," probably the best thing the band ever did. The two albums that surrounded it (1981's Mesh and Lace and 1984's Ricochet Days) aren't bad either. I have no idea who is in this version of the band -- certainly singer Robbie Grey, maybe guitarist Matthew Shipley -- or whether they're any good, but Modern English were more than a one-hit flashback fave.

That was written about a year ago when Modern English were supposed to play The Studio at Webster Hall. It turned out that the group that was to play featured no original members of the band. Legal action was threatened and the show was rightly canceled.

A year later, the real Modern English are back, with all original members, a new album and a U.S. tour that includes a 7/16 NYC stop at Le Poisson Rouge. (Tickets are on sale now.)

The details of Modern English's new album, Soundtrack, are promising if you're a fan, having reassembled the entire team that gave us After the Snow: the original line-up of the band, producer Hugh Jones and they even got Vaughan Oliver (of 4AD's legendary in-house design shop 23 Envelope) to do the cover art. You can check out samples over at Darla records -- I gotta say lead track "It's OK" is pretty catchy. But don't expect the dark, heavy-on-the-toms sound of After the Snow, this is more straight-up pop (a direction than began taking with Ricochet Days).

Cover art to Soundtrack and all Modern English U.S. tour dates are below... 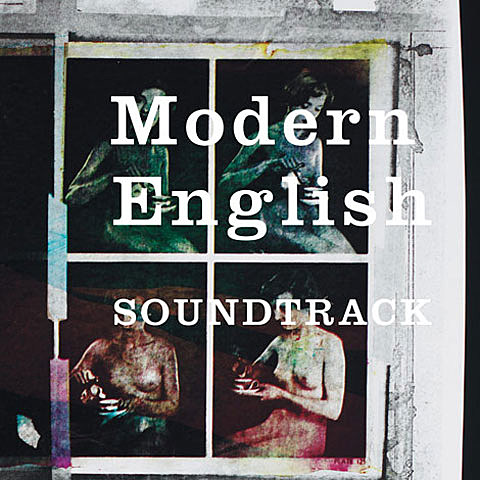