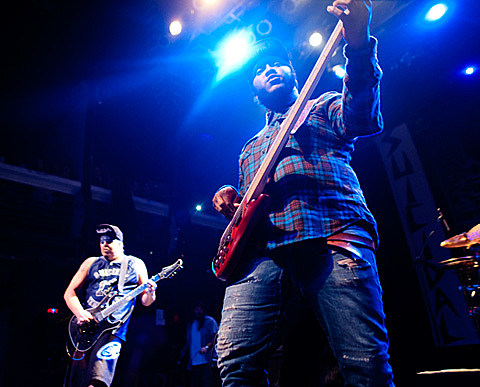 The new bands are in addition to previously announced folk like Metallica, Modest Mouse, Titus Andronicus (who play the BV Official Showcase at SXSW), Arctic Monkeys, The Black Angels (who are also playing a BV SXSW event), and many others. Tickets are on sale. Full lineup below...

-Headlining both nights, Metallica will celebrate the 20th anniversary of the 'Black Album' by playing it in its entirety on one night AND all of 'Ride the Lightning' for the first time ever on the other night! This will be the only North American performances of these albums in 2012.