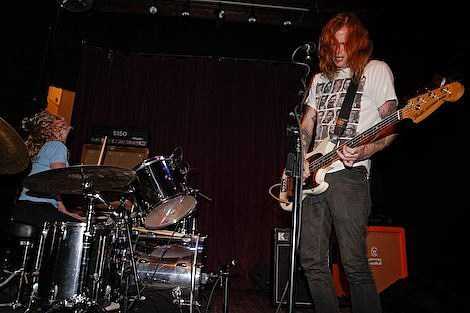 Orphan's Aborted by Birth was primitive and catchy as hell, but now the Brooklyn two piece has a new long-player on the way in Decapitated Lovers, due on August 28th via From The Nursery Records. Dig on the first track from that LP, "Words Are For The Birds", available above and videos for a pair of songs, "Soda Pressing" and a cover of Born Against's "welfedfuk", below. The LP is one of two releases that the band has on the horizon, with the second being a split release with Baltimore's Dope Body on Black Tent Press.

Decapitated Lovers will be celebrated with a show at Union Pool on the night of its release. The band wil headline with an assist from Rx, Eric Copeland (Black Dice) and Bad Dream. Full tour sked for the duo and those videos are below.