Os Mutantes in Austin in May (more by Tim Griffin) 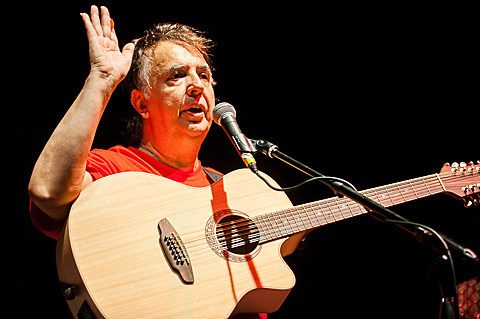 Brazilian psychedelic legends Os Mutantes are gearing up for another North American tour this year, and while all of the dates haven't been announced yet, a few have popped up, including a NYC show happening on November 8 at Le Poisson Rouge. Tickets for that show go on sale Friday (8/30).

That show, and others on the tour, is being opened by fellow South American band Capsula (of Buenos Aires), who have toured with Os Mutantes before. Capsula's new album, Solar Secrets, comes out today (8/27) via Krian Music Group. The record's got hints of Sonic Youth's more melodic moments, and it was produced by longtime Bowie collaborator Tony Visconti. You can stream the record in full (via PopMatters), along with the list of tour dates, below.