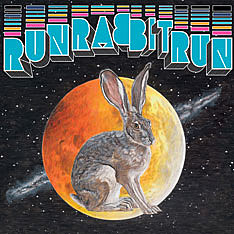 In late October Osso will begin a North American tour in support of their debut record Run Rabbit Run, a re-arrangement of Sufjan Stevens' Enjoy Your Rabbit--a genre-bending electronic instrumental song cycle referencing the animals of the Chinese zodiac--for the string quartet. The album is due out October 6 on Asthmatic Kitty Records. Also featured on the tour will be screenings of Stevens' The BQE, a 40-minute symphonic and cinematic exploration of New York's infamous Brooklyn-Queens Expressway....Asthmatic Kitty recording artist DM Stith...will also perform.

Tickets for the NYC BQE screenings on October 24th, which will have Sufjan in attendance, are currently sold out. Sufjan will be playing a set at ATP NY on September 12th. Full dates and more info on the Osso + BQE tour (with DM Stith on most dates) below...

A string quartet with a modernist pulse, Osso has contributed string arrangements to Stevens' Illinois as well as My Brightest Diamond's Bring Me the Workhorse. Members of Osso have also performed with array of artists including Jay-Z, Alice and Ravi Coltrane, The New Pornographers, Antony and the Johnsons, The Polyphonic Spree, The National, Devotchka and Kanye West. On tour they will perform selections from Run Rabbit Run, which features Stevens' oblique glitches, repetitive trills and experimental textures rearranged for the string quartet by a number of composers including Nico Muhly, Michael Atkinson, Maxim Moston, Gabriel Kahane and others.

Originally commissioned by the Brooklyn Academy of Music for the 2007 Next Wave Festival, Sufjan Stevens' The BQE consists of film footage of the Brooklyn-Queens Expressway alongside hula hoopers and an original score by Stevens. Asthmatic Kitty will release The BQE CD/DVD on October 20 with a 40-page booklet with extensive liner notes & photographs and an accompanying stereoscopic 3-D Viewmaster reel. Furthermore, Asthmatic Kitty will release a limited edition double gatefold vinyl edition of The BQE on 180-gram vinyl with a large-scale 32-page booklet including liner notes, photographs and a black and white version of a 40-page BQE-themed Hooper Heroes comic book.

DM Stith's musical career began in Brooklyn contributing design help on Sufjan Stevens and Shara Worden's (My Brightest Diamond) albums, as well as backup vocals and piano to songs on Bring Me The Workhorse. During that period Stith began composing his own work tapping into an earlier passion. Worden encouraged him to share his private songs with Asthmatic Kitty Records, and after hearing only two demo songs, the label invited Stith to write and record an album.