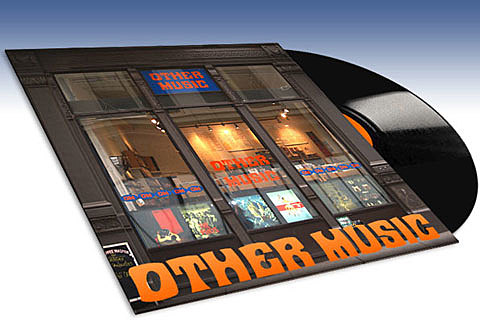 Record Store Day is fast approaching and we're looking to make this year the best one yet. If you're in NYC on Saturday, April 17, swing by Other Music where we'll be offering lots of special and exclusive Record Store Day releases in the shop, with a great line-up of guest DJs spinning their favorite tunes throughout the day (including Scott from the National and Liquid Liquid's Sal Principato), plus live performances from the Drums and the Pains of Being Pure at Heart. We'll be announcing more details here and on our website in the coming week. And no matter what town you're in, save the date and please support your local independent record stores on Saturday, April 17.

It's the only scheduled US date for the Drums, who go to Europe this May and June. For The Pains of Being Pure at Heart, the in-store their only NYC date currently (their upcoming tour with Surfer Blood and Holiday Shores in June doesn't have one yet).

One of the DJs at Other Music will be the National's Scott Devendorf. Brassland Records (co-started by the National) reports that the store will be one of two (Soundfix being the other) to carry the National's second album, Sad Songs for Dirty Lovers, on vinyl for the "1st time in 7 years.!"

The National's new LP, High Violet, is out May 11th on 4AD, and they've been steadily offering up songs from it. The new "Afraid of Everyone," which features Sufjan on backup vox, is available above as is the previously leaked "Bloodbuzz Ohio."

More Record Store Day coverage is on the way today. On a non-RSD note, Phosphorescent has an in-store at Other Music on May 10th.

Videos of two more new National songs, done live at Big Ears 2010, are posted below with (UPDATE: the Other Music schedule)...