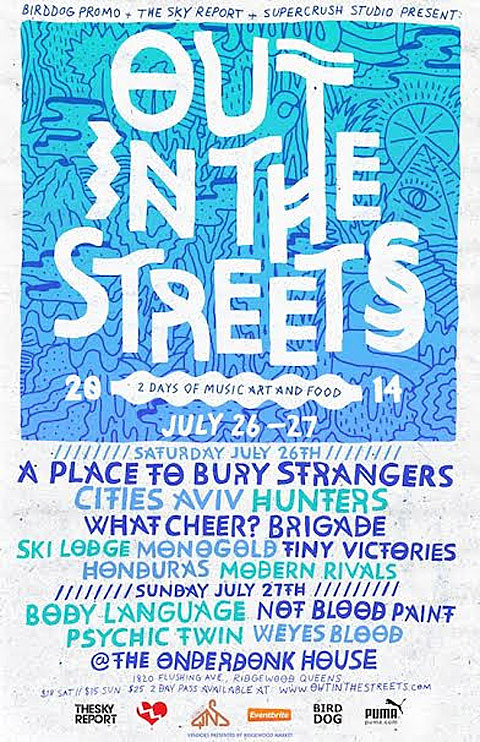 The Out in the Streets Festival is back for a second year, happening again at Ridgewood's Vander-Ende Onderdonk House on July 26 & 27. Bands this year include A Place to Bury Strangers, Body Language, Cities Aviv, Hunters, Ski Lodge, Honduras, Weyes Blood and more. In addition to the music, there will be art, food vendors and a giant slip-n-slide. Two-day passes are currently on early bird discount. All announced 2014 performers are listed below....