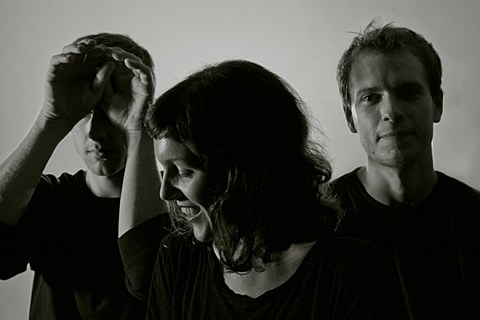 Outer Spaces, the current band of Cara Beth Satalino (ex-Witches), are currently on a tour that wraps up this weekend, hitting Brooklyn tonight and Boston on Saturday.

Tonight's Brooklyn show is at Palisades (3/13) with SoftSpot, Brooklyn indie rockers Giant Peach, and new Big Ups side project Thelonius Junk. That show's $7 at the door.

Outer Spaces' most recent release is the Garbage Beach EP, which came out on Salinas Records this past October, following last year's Creature of Nature EP and "I Was Divided" single. The new EP features Ben Salie from Pinecones on drums, and Cara's past collaborator (and Dan Deacon and Future Islands producer) Chester Endersby Gwazda on bass and keys. Like her past work (or Waxahatchee, Hop Along, Cayetana, etc) it mixes folk, pop, indie rock and punk into its own little subgenre, and probably the best example of this is the standout closing track, "Gun Song." With just an acoustic guitar and Cara's voice, that song could sound like right out of the mid-2000s folk revival, but instead she gives it an arrangement that sounds more fit for sweaty DIY shows than campfire singalongs.

Stream the EP in full below...