Outer Spaces in Berlin in 2012 (photo by Rene Griffin) 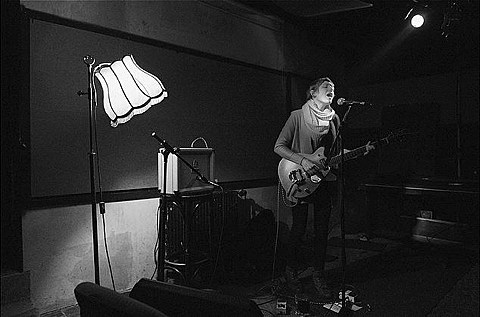 Cara Beth Satalino's solo-project-turned-band Outer Spaces (ex-Witches) mentioned a few weeks back they'd be heading on a tour this spring, and since we last spoke those dates were announced. The tour kicked off in North Carolina over the weekend (3/22), and it makes its way to NYC for a show on April 14 at Glasslands. Tickets for that show are not on sale yet, but you can check Ticketfly for updates. All dates are listed below.

A full length is in the works for later this year, but still no real details on that. Meanwhile, listen to their mix of indie rock, punk and folk on their recent 7" for the Matador singles series, with the list of tour dates, below...