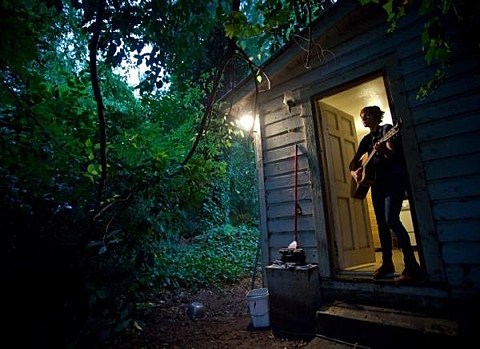 Athens/Baltimore indie rockers Outer Spaces (not to be confused with Outer Space) are planning a tour for this spring (most of which is TBA), and that tour expects them in NYC this April, but you can see them here much sooner at TONIGHT's (2/5) Death by Audio show with poppy shoegazers Field Mouse, folk pop singer/songwriter Gregory and the Hawk and lo-fi duo Laughing Fingers. $7 at the door. Flyer below.

Outer Spaces evolved out of singer Cara Beth Satalino's solo project, and sees her joined by a revolving lineup that includes Chester Endersby Gwazda (who you may know as the producer of several Dan Deacon and Future Islands albums). Cara used to front the punky indie rock band Witches who had releases on Salinas Records (PS Eliot, Swearin') and Bakery Outlet Records. Following those releases, she put out an EP under her own name, The Good Ones on the same two labels. Not unlike Katie Crutchfield of Cara's former labelmates PS Eliot initially did with Waxahatchee (who Cara has played with), she used the solo project as an opportunity to ditch the distortion-driven songs of her former project in favor of bare, folkier songwriting.

She continued that trend on her February 2013 EP as Outer Spaces, Creature of Nature, but added the full band to expand their sound for their May 2013 7" which came out as part of the Matador Records singles series. The resulting songs, "I Was Divided" and "Eternally Fifteen," are two of the band's best tracks to date, pulling from folk, punk, and indie rock, but never really falling into any of the three.

They're planning on releasing their first full length this year, so stay tuned for more on that. Meanwhile, stream the Matador 7" and the Creature of Nature EP, along with the mostly tentative list of tour dates, below... 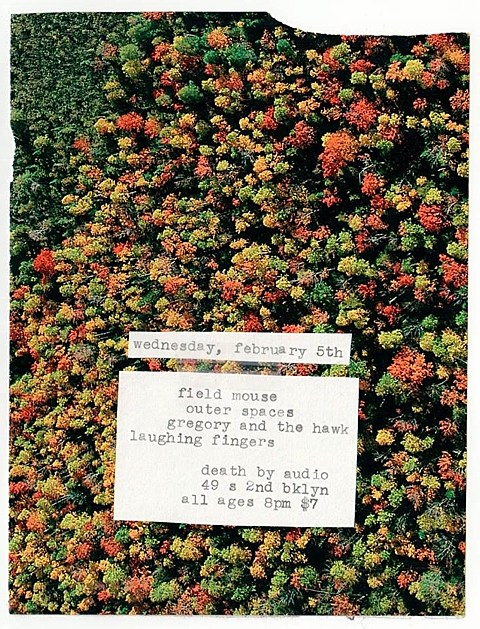