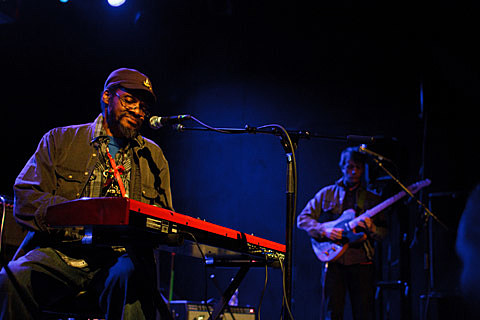 Since 1979, [Lonnie] Holley has devoted his life to the practice of improvisational creativity. His art and music, born out of struggle, hardship, but perhaps more importantly, out of furious curiosity and biological necessity, has manifested itself in drawing, painting, sculpture, photography, performance, and sound. Holley's sculptures are constructed from found materials in the oldest tradition of African American sculpture. Objects, already imbued with cultural and artistic metaphor, are combined into narrative sculptures that commemorate places, people, and events.

Holley did not start making and performing music in a studio nor does his creative process mirror that of the typical musician. His music and lyrics are improvised on the spot and morph and evolve with every event, concert, and recording. In Holley's original art environment, he would construct and deconstruct his visual works, repurposing their elements for new pieces. This often led to the transfer of individual narratives into the new work creating a cumulative composite image that has depth and purpose beyond its original singular meaning. The layers of sound in Holley's music, likewise, are the result of decades of evolving experimentation.

The above quote is from Dust to Digital, the label that released both music albums from outsider artist Lonnie Holley: 2012's Just Before Music and this year's Keeping a Record of It, which came out earlier this month (9/3). Lonnie's music has slowly started reaching a larger audience, as he's made a fan out of multiple indie musicians. Bear in Heaven named his debut as one of their favorites of 2012, and perhaps most notably, Deerhunter's Bradford Cox has taken an interest in him.

Bradford and Cole Alexander of Black Lips both contributed to the 13+ minute song "From the Other Side of the Pulpit" from Keeping a Record of It, which you can stream, along with another album track "Six Space Shuttles and 144,000 Elephants," below.

Deerhunter have also had him open some of the shows on their tour this year. Back in August, he opened their San Francisco show that also included Animal Collective side project Avey Tare's Slash Flick, and at that show both Bradford Cox and Avey Tare joined Lonnie on stage (video below). He also just opened for Deerhunter in Brooklyn at Music Hall of Williamsburg on Tuesday (9/17), the first of three Deerhunter shows in NYC this week. At that show, Bradford also joined him on drums for one of the songs. Pictures of Lonnie's set at MHOW are in this post.

Lonnie Holley will be heading out on the road again as an opener on Bill Callahan's tour. That tour brings Bill and Lonnie to NYC on October 6 at Webster Hall. Tickets for that show are still available. All Lonnie Holley dates are listed, along with more pictures from MHOW, song stream and video, below. 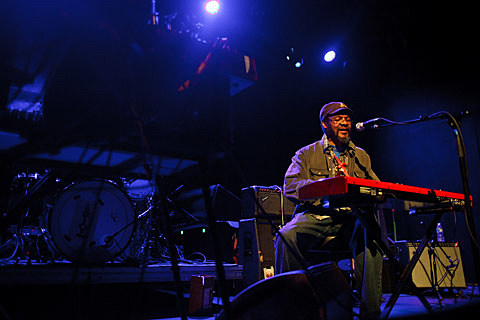 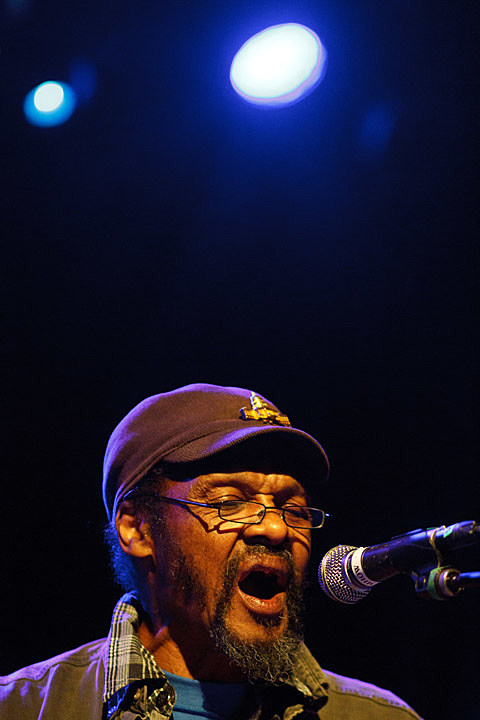 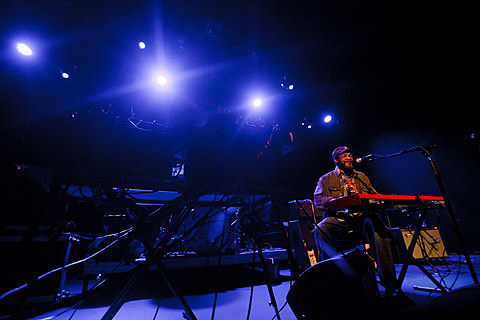 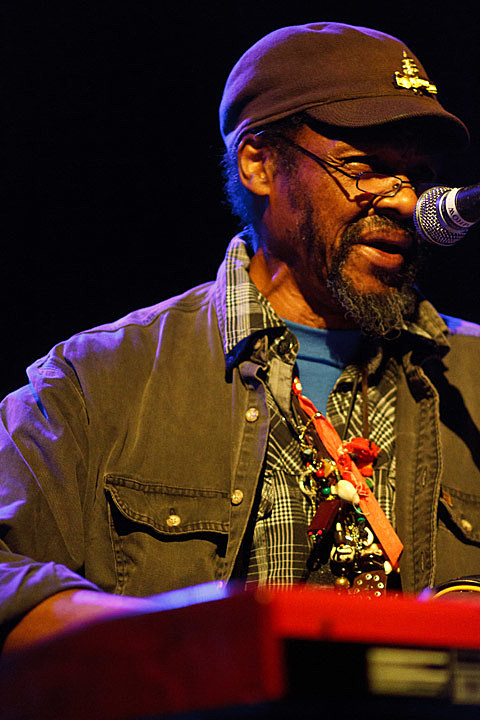 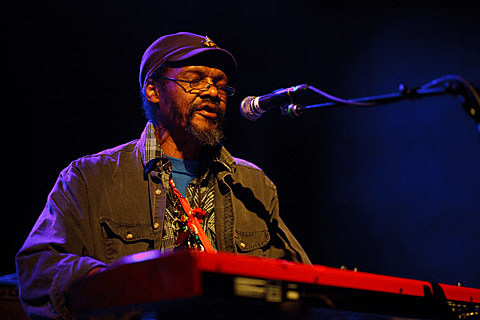 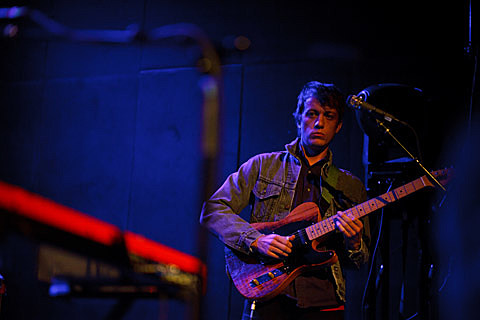 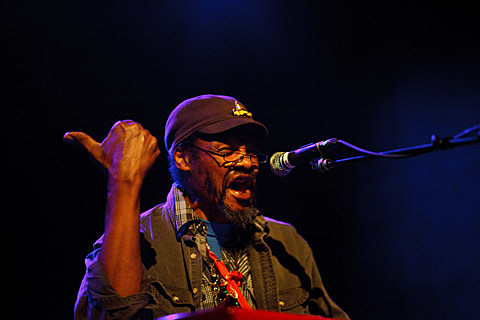 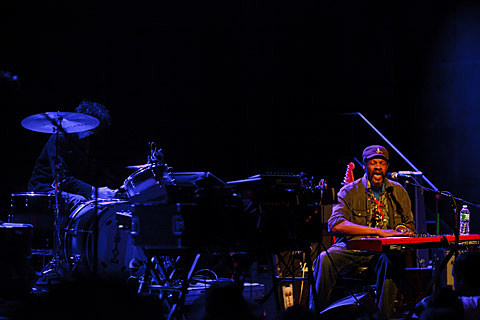 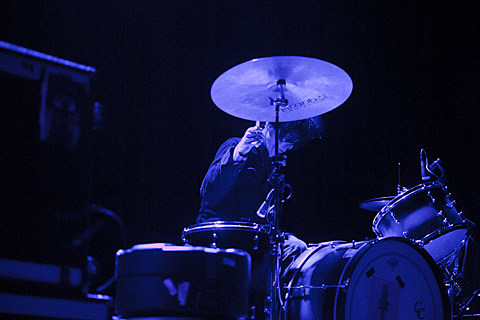 Lonnie Holley - "From the Other Side of the Pulpit" (ft. Bradford Cox, Cole Alexander)