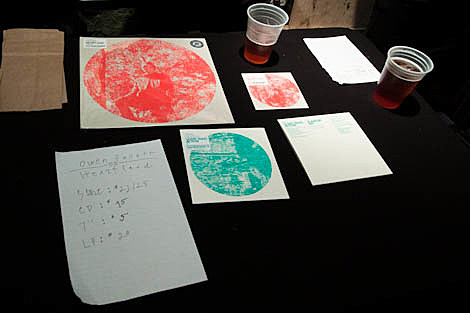 After the opening act, Avi Buffalo, Owen Pallett regains the spotlight as soon as he begins banging away at his violin, recreating the effects of a full orchestra with all the necessary colors and trills. Despite their density, songs from "Heartland," such as "Keep the Dog Quiet" or "Midnight Directives," never lose their immediacy when performed live; they are bombastic and bursting at the seams. Just when you think the loops are getting too muddled, squished together unceremoniously, Pallett the puppeteer pulls the strings taut with a resounding stomp of the foot at his pedal board.

Older songs such as "This is the Dream of Win and Regine" take a few minutes to materialize entirely, but when the main riff finally kicks in, the soulful plucks and warped background clicks are thrilling. In all the spacious Sturm und Drang, Pallett blows out his bass amp. No sedated violin affair here. The atmosphere is loose, any stuffiness punctured by moments of Pallett sucking on his finger.

"I've got to have a really moist finger for this one," he says, realizing the innuendo too late and trying to laugh it off bashfully. [NYU News]

Owen wasn't allowing pictures Tuesday night, but some of Avi (who played his first-ever NYC show at Pianos on Saturday) and more merch and stuff, below... 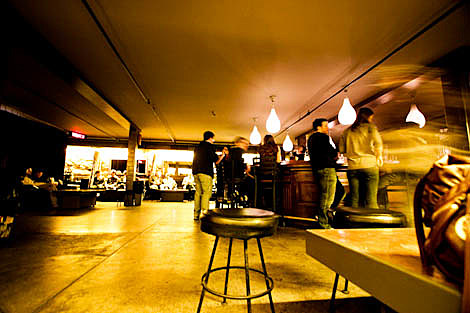 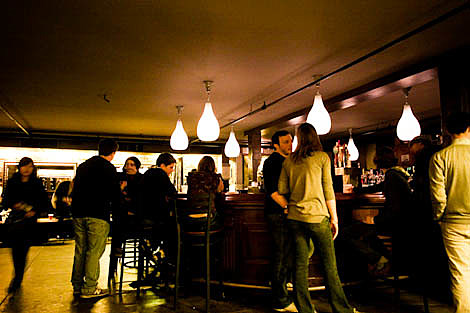 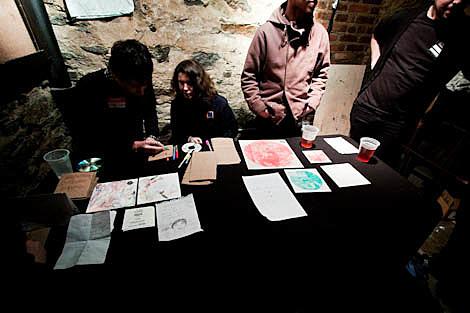 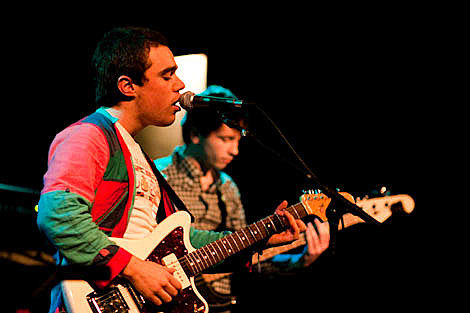 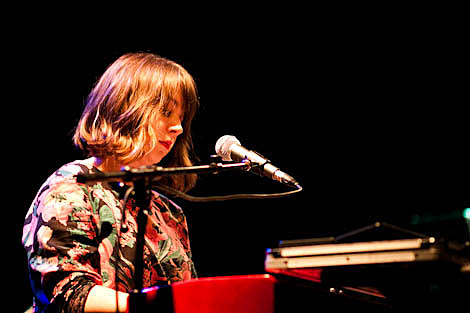 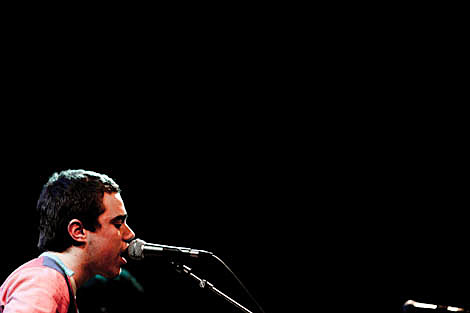 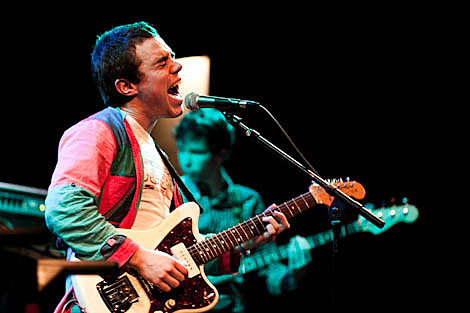 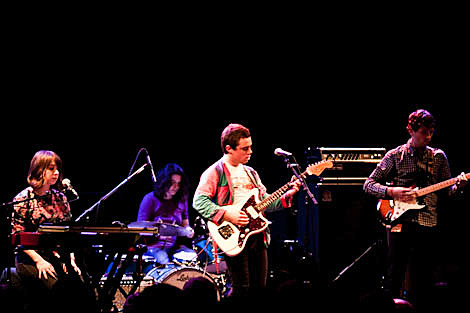 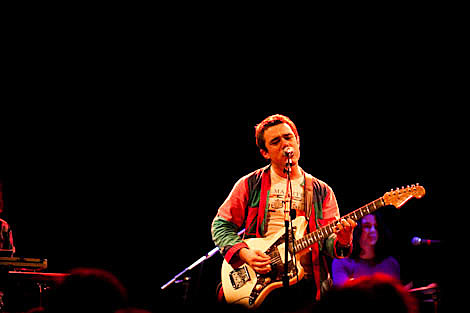 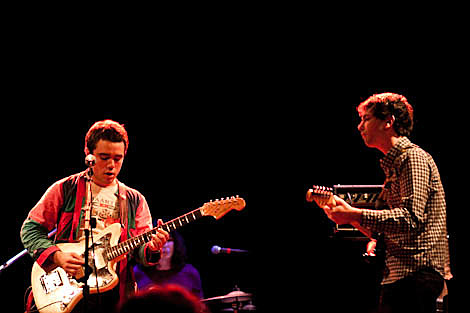 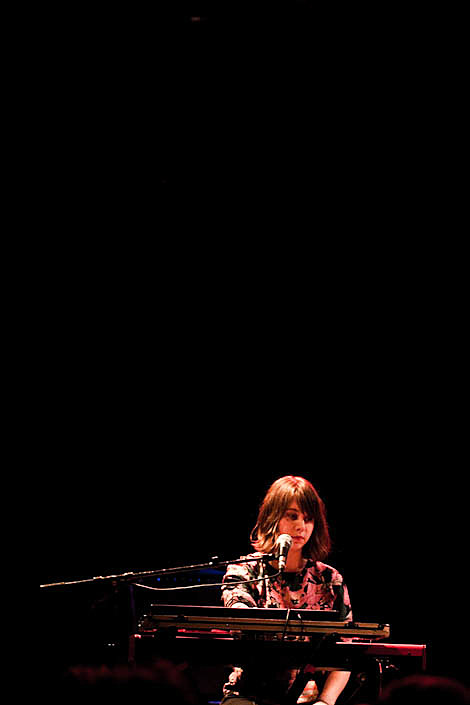 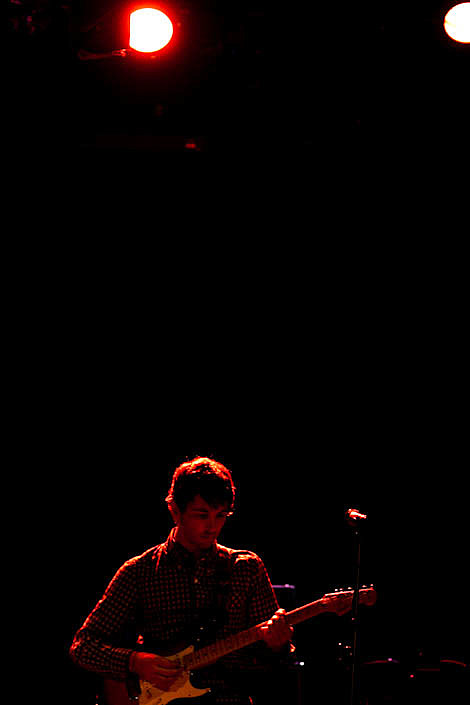 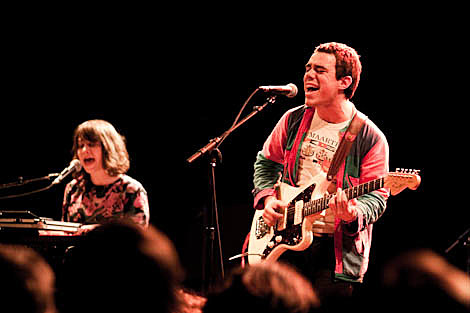 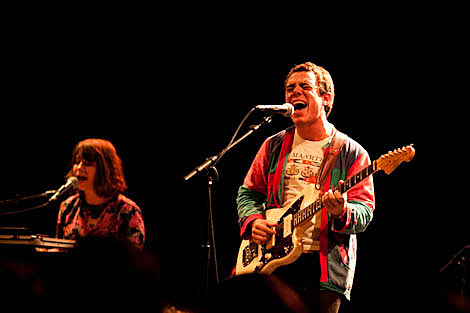 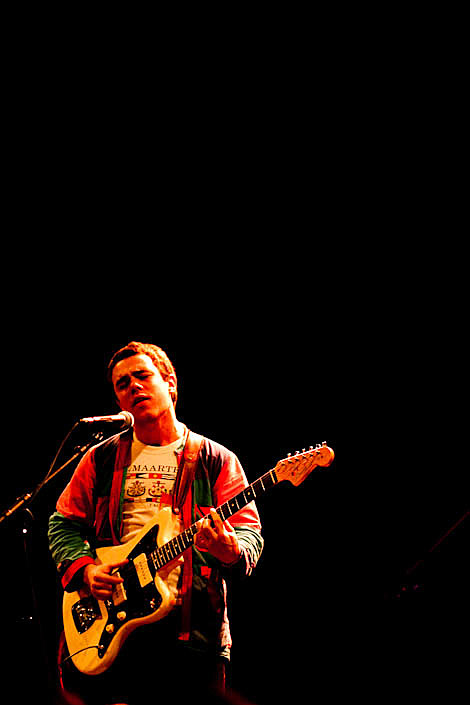 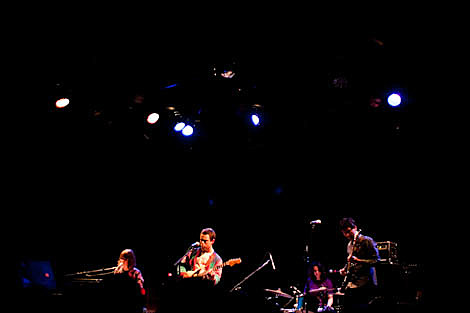 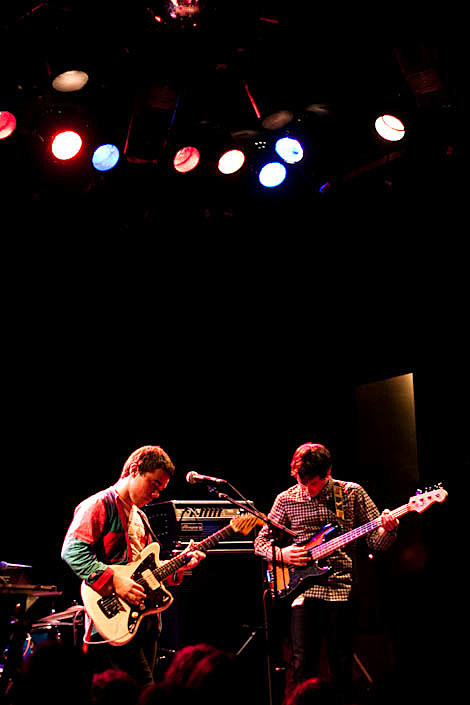 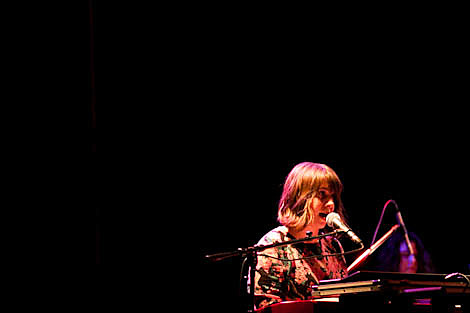 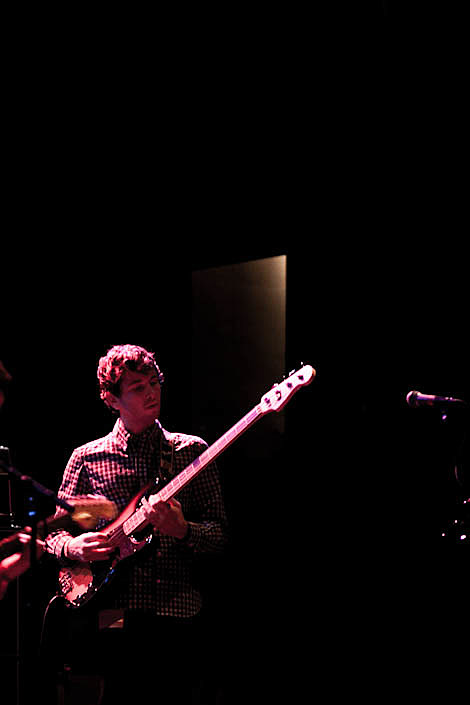 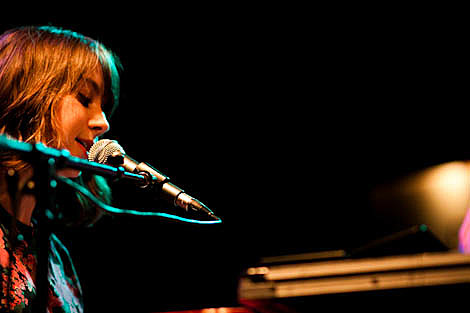 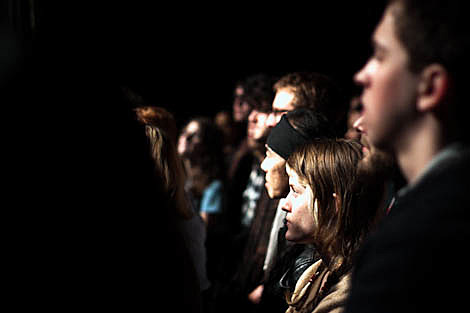 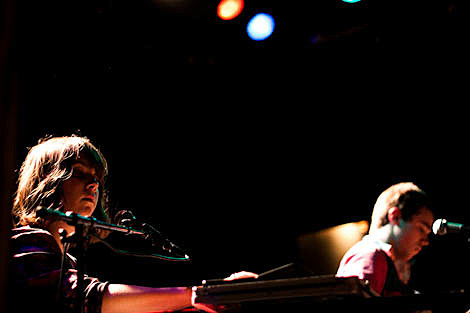 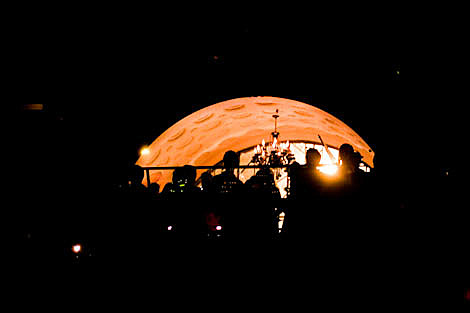 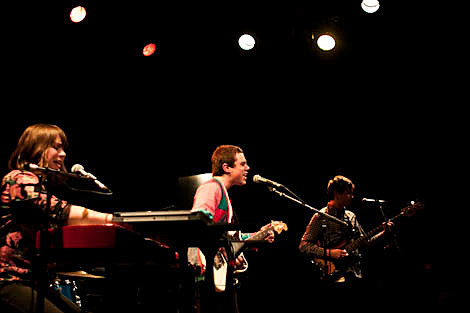 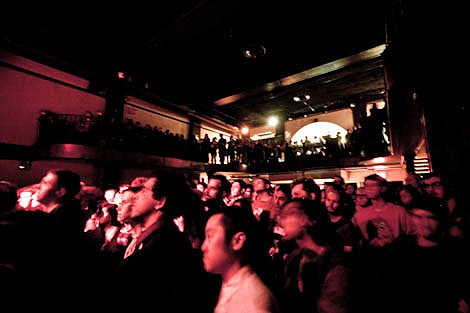 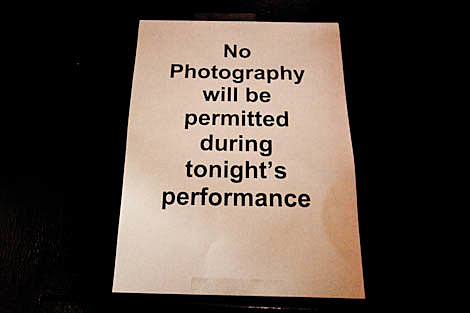