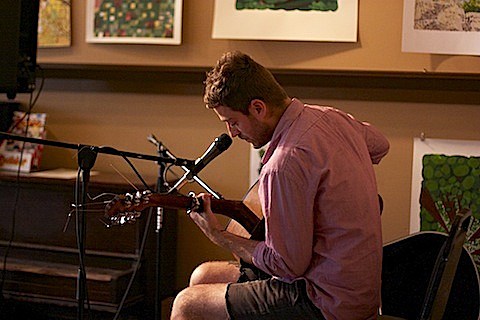 Mike Kinsella is a very busy man. First he'll be behind the kit of the Owls reunion tour with Hop Along and Glocca Morra which hits NYC on July 11 at Bowery Ballroom (tickets). Then, he'll take the mic for the American Football reunion shows, including the three in NYC at Webster Hall from October 10-12 (all sold out).

Directly before those American Football shows, Mike will play WH's small room, The Studio at Webster Hall on October 9, with his solo project Owen. Tickets for that show go on sale Friday (5/9) at 10 AM. Mike has covered American Football as Owen before, so with the other guys in town hopefully we'll get some surprises.

It's the only upcoming Owen date besides California's Nick Fest which another Mike Kinsella band, Their/They're/There also plays.