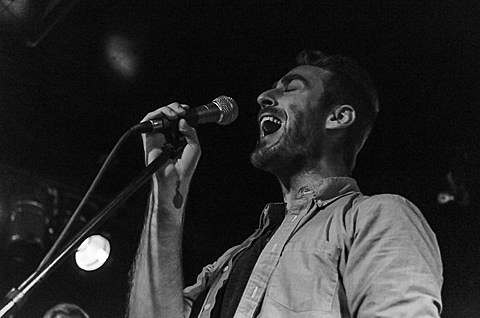 As you might have heard, American Football are reunited this year (and they just added four New Year's shows in Chicago), but singer Mike Kinsella is keeping busy in other ways too. On December 2 he'll release an album of covers under his Owen alias via Polyvinyl. Appropriately titled Other People's Songs, the record will feature covers of Lungfish, Blake Babies, Mojave 3, The Promise Ring, Depeche Mode, All, Against Me! and Smoking Popes. The Smoking Popes song he chose, "Under The Blanket," just premiered over at Stereogum and you can take a listen below. He does a great job with it and really makes it sound like an Owen song, which he's proved he's pretty good at on past covers like his version of The Velvet Underground's "Femme Fatale."

In other news, a new article on Buzz Weekly mentions that there may be new American Football material:

"There are no plans to record any new material currently. I wouldn't rule it out, but the logistics of doing it are tough," [guitarist Steve] Holmes said. "That said, I do have a few parts in my back pocket for potential new songs. Mike and I have worked on one of these so far, and we may try to finish it up to include in this run of shows."

Smoking Popes cover and full Other People's Songs tracklist below...

Tracklist:
1 Descender (Lungfish)
2 Girl in a Box (Blake Babies)
3 Some Kinda Angel (Mojave 3)
4 Forget Me (The Promise Ring)
5 Judas (Depeche Mode)
6 Just Like Them (All)
7 Borne on the FM Waves of the Heart (Against Me!)
8 Under the Blanket (The Smoking Popes)