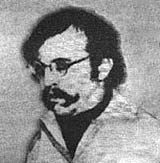 "Owsley "Bear" Stanley, a 1960s counterculture figure who flooded the flower power scene with LSD and was an early benefactor of the Grateful Dead, died in a car crash in his adopted home country of Australia on Sunday, his family said. He was believed to be 76.

The renegade grandson of a former governor of Kentucky, Stanley helped lay the foundation for the psychedelic era by producing more than a million doses of LSD at his labs in San Francisco's Bay Area.

"He made acid so pure and wonderful that people like Jimi Hendrix wrote hit songs about it and others named their band in its honor," former rock 'n' roll tour manager Sam Cutler wrote in his 2008 memoirs "You Can't Always Get What You Want."" [National Post]

"Stanley designed some of the first high-fidelity sound systems for rock music, culminating in the massive "Wall of Sound" electrical amplification system used by the Grateful Dead in their live shows, at the time a highly innovative feat of engineering, and was involved with the founding of high-end musical instrument maker Alembic Inc and the pre-eminent concert sound equipment manufacturer Meyer Sound." [Wiki]