Much like looking at the schedule of free stuff going on today for "Make Music New York", I totally procrastinated posting these pictures of Best Fwends playing my show at the Red Scoot Inn during SXSW (March 15, 2007).... 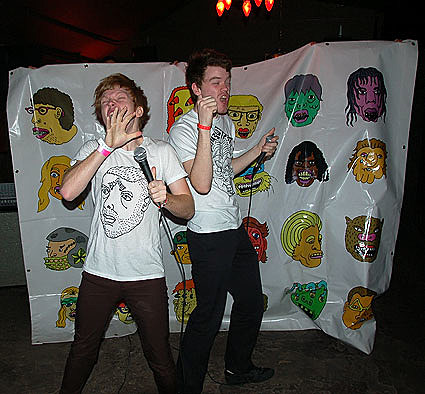 I can't say exactly why, but I loved them. They hit play on an iPod or something, and then jump around like maniacs singing to the songs they wrote. They look and act nuts, and they're really a lot of fun unless you don't think they're fun like my own best fwend who was standing next to me at the show and thought they were like Beavis & Butthead (in a bad way), and was pretty much embarrassed for herself to even be standing there in front of them at all. I wished they kept playing after they stopped.

VICE also had some not-nice stuff to say about them, but Gorilla Vs. Bear has been known to say nice things on their behalf.

So, maybe you'll love them, or maybe you'll hate them, but either way you can find out for free if you happen to be in the Williamsburg section of Brooklyn today (June 21, 2007) when they play an incredible free show w/ the incredible Oxford Collapse (also BV show veterans), and Cheeseburger - who I'll even admit to liking sometimes. 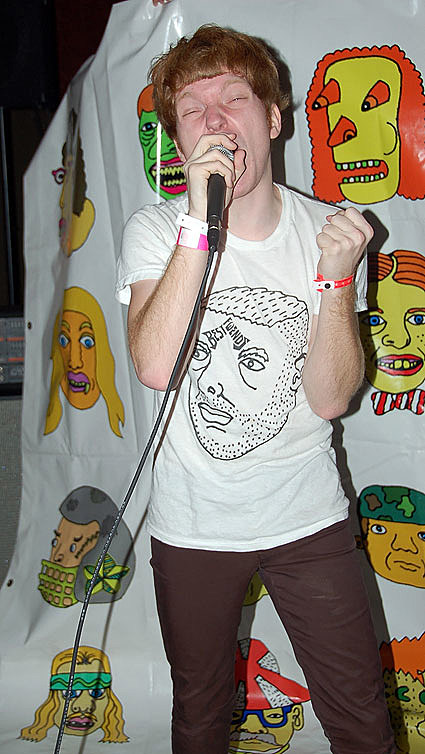 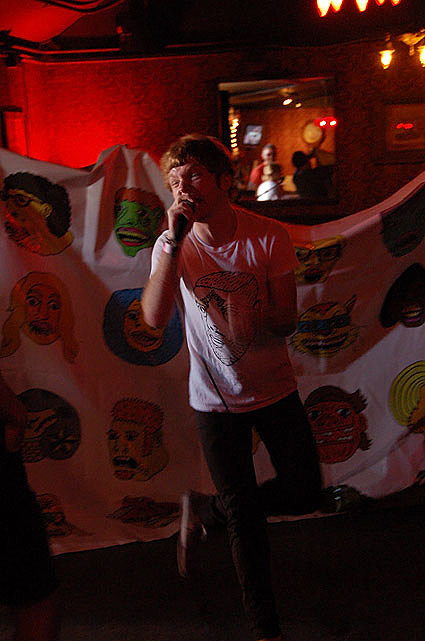 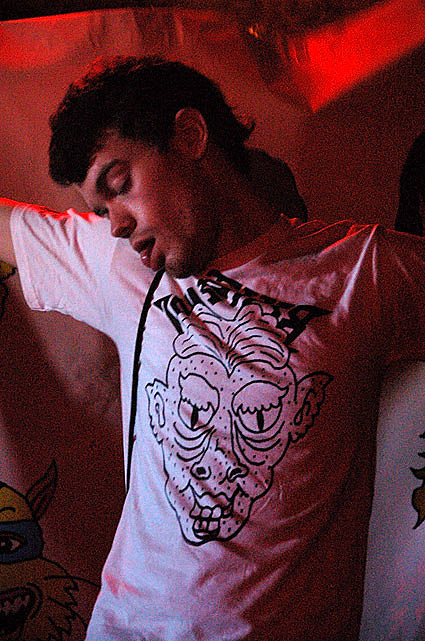 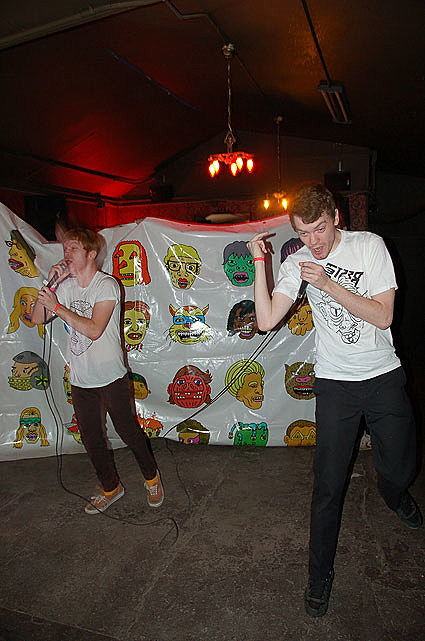 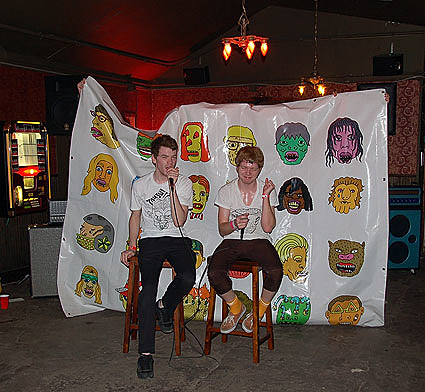 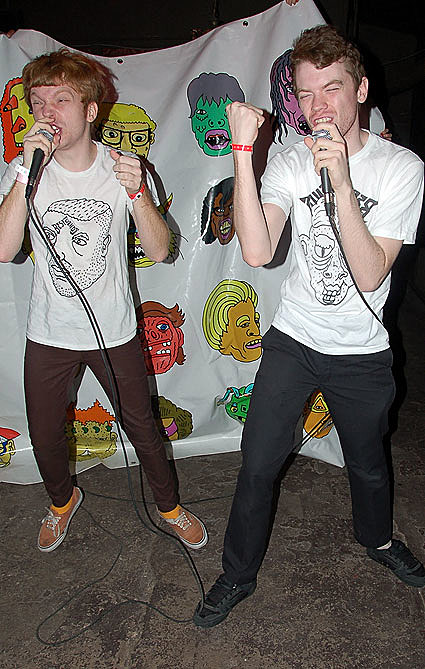 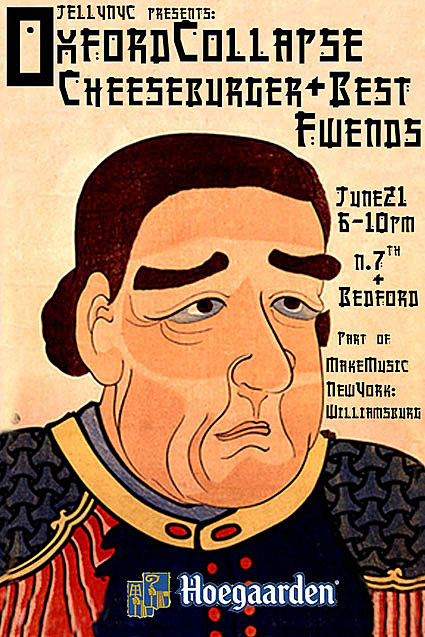 You will find some MPfwees HERE.