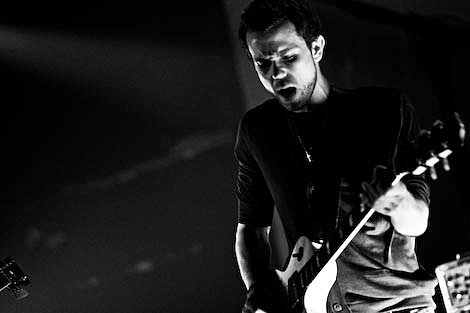 M83 has been added to Pitchfork Festival, which is taking place from July 17th - Sunday, July 19th in Chicago. Other bands added to the bill include Black Lips, Fucked Up, Wavves, the Dutchess and the Duke, and Matt and Kim. The whole, updated lineup is below. Tickets for the fest are still on sale.

The NYC show announcement is one of the first for the mostly unannounced 2009 River to River Festival (a series of free shows at various venues all over NYC all summer). More WFC show updates on the way.

This summer's Pitchfork Music Festival is set to take over Chicago's Union Park July 17-19 with already announced performances from the Flaming Lips, the National, Grizzly Bear, and Built to Spill, to name just a few. And now we have some new names to add to the lineup: shoegaze masters M83, Atlanta garage-rockers Black Lips, epic punks Fucked Up, rising Harlem MC Charles Hamilton, no-fi prodigy Wavves, global funk team the Very Best, bluesy Seattle rockers the Dutchess and the Duke, and rowdy crowd-pleasers Matt and Kim. Good times. Check out all the acts set for the fest thus far below.

A reminder: On Friday, July 17, we'll launch the "Write the Night: Set Lists by Request" series, in which four bands will all play fan-selected set lists. Here's how it works: You, the audience, vote on which songs all four bands-- Built to Spill, the Jesus Lizard, Yo La Tengo, and Tortoise-- will play. When you buy your ticket, you'll get a confirmation email. That confirmation email will include a link to a page where you can vote on which songs from each band you want to hear. The bands will tailor their set lists accordingly. (Also worth mentioning: This will be the Jesus Lizard's first American show in a decade.) Voting ends June 12.

There are still many more bands to come.

P.S. Tickets are on sale now.