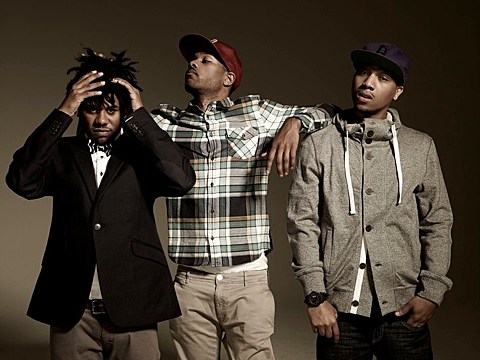 West Coast hip hop trio Pac Div (short for Pacific Division) have been at it for a few years and have two albums under their belt, including the late 2012 release, GMB, which you can stream on Spotify and download on iTunes. GMB is a solid record combining some classic West Coast elements with 21st century styles, not unlike the beat Pac Div member Like produced for Kendrick Lamar's "Sing About Me." Pac Div and Kendrick also team up with another West Coaster, Blu, for GMB standout cut, "Cross-Trainers," which you can stream below.

Pac Div will be heading to Austin for SXSW in March, and after that, they'll kick off a month-long tour with Johnny Polygon and After The Smoke which hits NYC on April 7 at The Studio at Webster Hall. That show also includes Cypher Clique, Noah Caine, and Smokey Robotic. Tickets are on sale now.

All dates are listed, along with the tour flyer and that song stream, below... 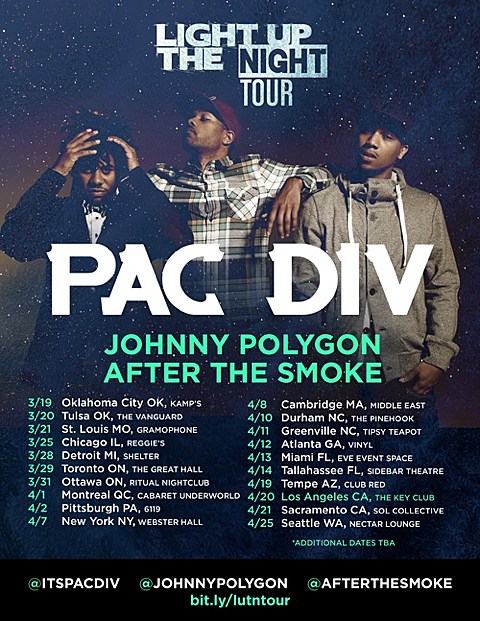