Paint It Black in Philly in 2013 (more by Alyssa Tanchajja) 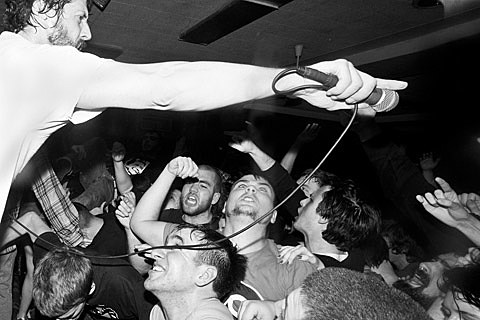 It's been years since Philly hardcore greats Paint It Black (fronted by Dan Yemin, also of Lifetime and Kid Dynamite) have played NYC (Songkick says not since 2011) but fortunately that will finally change this year. They'll come back for a Noisey-presented show on March 8 at Brooklyn Night Bazaar. Like all Night Bazaar shows, it's totally FREE, and making it even better there's a great support lineup of fellow Philly faves Hop Along, NJ/Brooklyn surf/skate punks Night Birds, and Bad Canoes, who are fronted by Marissa Paternoster of Screaming Females/Noun. Like we said, it's free, and like all nights at Night Bazaar there's shopping, food, and more.

Hop Along play NYC sooner as an opener on the first of two final Bomb the Music Industry! shows, which is now sold out.

Night Birds also play sooner at the Don Giovanni showcase on February 6 at Death by Audio with Tenement, Vacation, Nuclear Santa Calust and The Groucho Marxists (tickets); and Marissa Paternoster plays the DG showcase with Screaming Females at MHOW on 2/8 with California X, Brick Mower, Priests and Black Wine (tickets).

Flyer for the Night Bazaar show and streams from all four bands below... 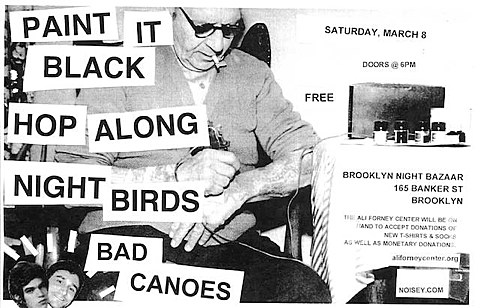