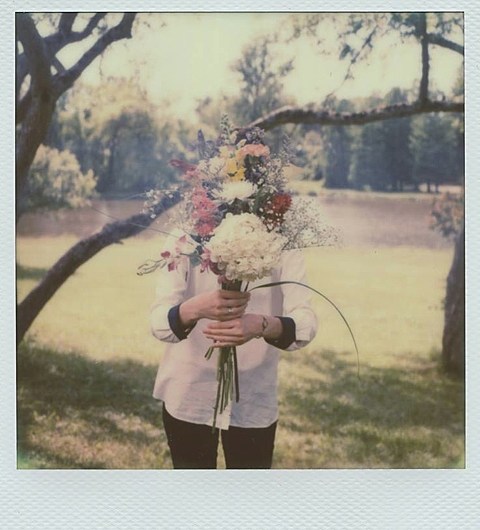 Brooklyn trio Painted Zeros recently signed to Don Giovanni, who releases their new album Floriography today. They've played around the local DIY scene for a while and they fit right in with a lot of other stuff in that realm, like The Epoch collective, whose Eskimeaux headlines Painted Zeros' release show at Shea Stadium tonight (10/30). It's also with Vagabon and Bethlehem Steel singer Becca Ryskalczyk, which is a good lineup all around (tickets). The album is part dream pop, part scrappy indie rock, and everything sounds pretty bright and clear despite the undeniably lo-fi recording. Stream the whole thing below.

After tonight's release show, Painted Zeros will kick off a lengthy US tour that runs through early December. It includes one more Brooklyn show on November 7 at Rough Trade opening for Cymbals Eat Guitars (who released a great new song yesterday) and Solvey. Tickets for that show are still available.