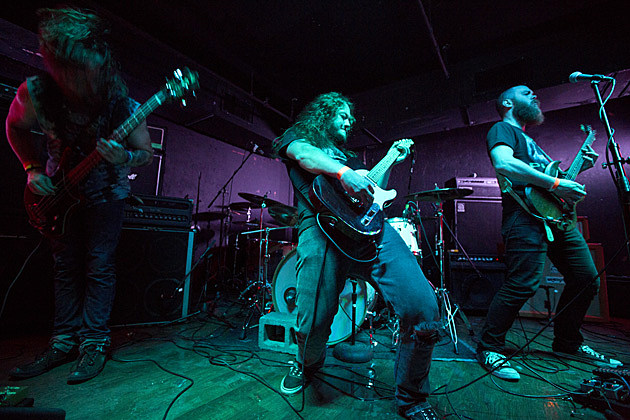 Two colossal crushers have new things on the way. First up is Little Rock's Pallbearer, a classic doomer not afraid to evoke emotions. They recently announced a tour with Deafheaven and Wreck and Reference. Now we get the details on the upcoming album. It's titled Foundations Of Burden and the cover art by Anitmetalphysical (Sean Reynolds Williams) is a gorgeous trip, complete with a possible nod to Rush's Hemispheres. That or something out of a Gary Gygax dream. Nice work on the natural 20 creativity roll, Sean. The record will be available via Profound Lore on August 19. Fun fact: Pallbearer's debut, Sorrow and Extinction, is the second best selling Profound Lore title. Owner/operator Chris Bruni passed along that nugget and more when Invisible Oranges picked his brain in honor of PFL's 10th anniversary.

The other hefty full-length on the horizon is Tombs' Savage Gold. The bleak beast is now streaming in full at Pitchfork and it's as expansive as expected. I recently had a chance to chat with Mike Hill, Tombs' frontman, and he's got an interesting perspective when it comes to music:

"I don't like to blame other people for my failures. If I fuck up, it's my own fault. If something goes wrong, I have to analyze what decisions I've made to put me in that consciousness. A number of years ago I had someone in my life that was always looking outward with respects to the hardships he was experiencing. It was always someone else's fault, never his. I feel like we are all responsible for our own destinies."

You can check out the full interview on IO. You can grab Savage Gold on Tuesday (6/10) through Relapse (preorder).

Find the cover art and tracklisting for Foundations of Burden below. 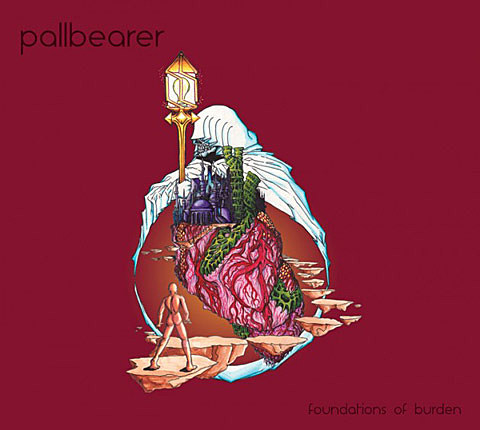 Foundations of Burden tracklisting:
1. Worlds Apart
2. Foundations
3. Watcher In The Dark
4. The Ghost I Used To Be
5. Ashes
6. Vanished