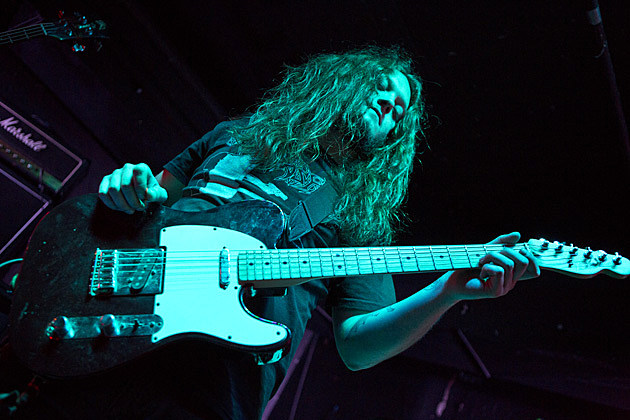 Sorrowful doomers Pallbearer are streaming a new track on NPR. This one is called "The Ghost I Used To Be." The first released song from the forthcoming Foundations Of Burden (August 19, Profound Lore Records) charges out the gate with weighty strums. Soon, singer/guitarist Brett Campbell gives the track a blue tint, flexing his throat with Patrick Walker-esque downtrodden emotion. Then, you're off on a trip in the progressive sense as Pallbearer stretches out for 10 Epicus minutes.

Pallbearer -- who recently played Northside, though their maybe-alter ego Goat Pope couldn't make an appearance -- is currently wrapping up a tour with Deafheaven and Wreck and Reference. In September, they'll embark on a European run of dates with YOB, who also have a new album on the way called Clearing The Path To Ascend (September 2, Neurot Recordings). In November, Pallbearer will appear at Fun Fun Fun Fest.

All dates are listed, with a live video of Pallbearer at their Northside show, below...