photo: Pallbearer at MHOW in August (more by Greg Cristman) 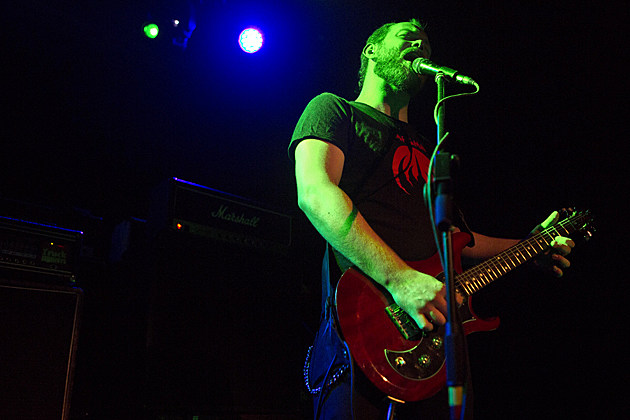 Pallbearer put out one of our favorite albums of last year (it was my favorite metal album), and this year we asked them what they liked in 2015. Bassist Joseph D. Rowland gave us a list of his favorite older albums that spent 2015 listening to, but he did tell us about one new release: Auric's Empty Seas. Rather than ranking albums, he ranked the songs on that album. Check it out, with his list of older albums and commentary, below.

As some may know, I often prefer listening to older styles of music -like prog rock, Krautrock etc.- over a lot of newer heavy music. I also thoroughly enjoy listening to vinyl, and I have made a point to base most of my collection around these aging genres. Here are handful of albums I was especially excited to pick up in 2015.

There were quite a few excellent albums this year, definitely enough for me to make a top ten list, and for once, perhaps one that could all be categorized as heavy music. But as usual for me, there was really just one single album that stuck out above the rest. That album was Empty Seas by Auric, a young band out of Fayetteville, Arkansas. Much earlier this year, they opened a show for Pallbearer and I was flabbergasted by how immensely heavy and inventive they were that night. Later in the year, Auric released Empty Seas, which is their second album. It's quite superbly composed, performed with great skill and recorded in such a way that shows off nuance while still being raw and visceral. The band calls themselves "progressive sludge metal" and to my ear, they nimbly toe the line between doom, post-metal and death metal without falling squarely into any of these tags, nor many of the well-worn tropes that often accompany such classifications. I highly recommend this album to anyone who enjoys heavy music. Below, I've included (in the spirit of the year-end-list) my own personal rundown of the album's tracks in order of how much I enjoy them. Here goes:

You can also ignore my list and listen to Empty Seas in the order the band intended: