Palma Violets @ MHOW in May (more by Dominick Mastrangelo) 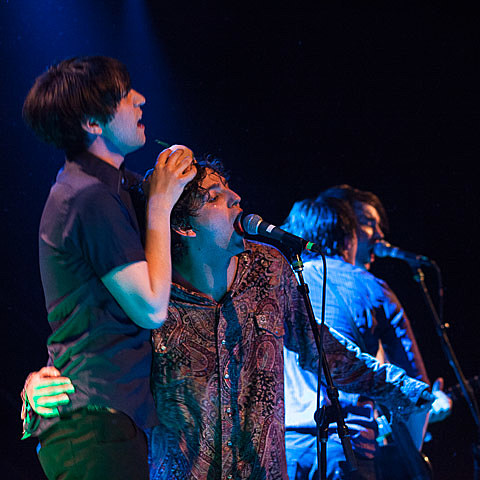 Palma Violets are currently on a tour, which was originally supposed to hit NYC last night but the date got moved to next Wednesday (10/9), still at Webster Hall. Skaters open and tickets are still available. But if you'd like to go for free, we're giving away two pairs of tickets. Details on how to win one pair are below. Another pair is exclusively at Facebook.

If you're going to the show and want to keep the party going, or if you're just looking for something to do late night on Wednesday, BrooklynVegan is sponsoring the official afterparty which happens at East Village bar HiFi starting at 10:30 PM. It's free and open to the public (21+) and members of Palma Violets will be DJing. Flyer for the afterparty is below.

An in other news, Palma Violets just made a video for "Rattlesnake Highway" from their debut album, 180, which came out in March. You can watch that below. 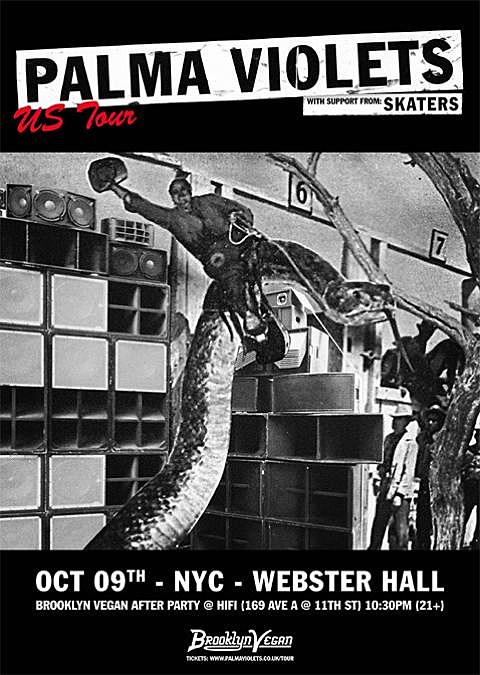 ======================
For a chance at winning a pair of tickets to see PALMA VIOLETS AT WEBSTER HALL: either tweet something that includes both @BrooklynVegan AND "PALMA VIOLETS" in the tweet, or send an email to BVCONTESTS@HOTMAIL.COM with the subject line "PALMA VIOLETS". Include your first and last name in the email. We'll pick a winner at random and contact them with more details. If you enter by email, it will not be shared with anyone else. Good luck!
======================