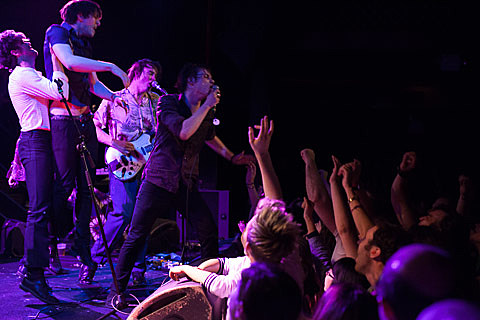 UK band Palma Violets will be in the US soon for a short tour around SXSW and Burgerama Four. The band's March 16 show at Baby's All Right has sold out and they've announced another NYC show, playing March 14 at Shea Stadium which was where they played their first NYC show two years ago. The rest of the Shea Stadium lineup is still TBA but tickets for that show are on sale now.

Palma Violets' new album, Danger in the Club, is out May 5. Updated dates are listed below....