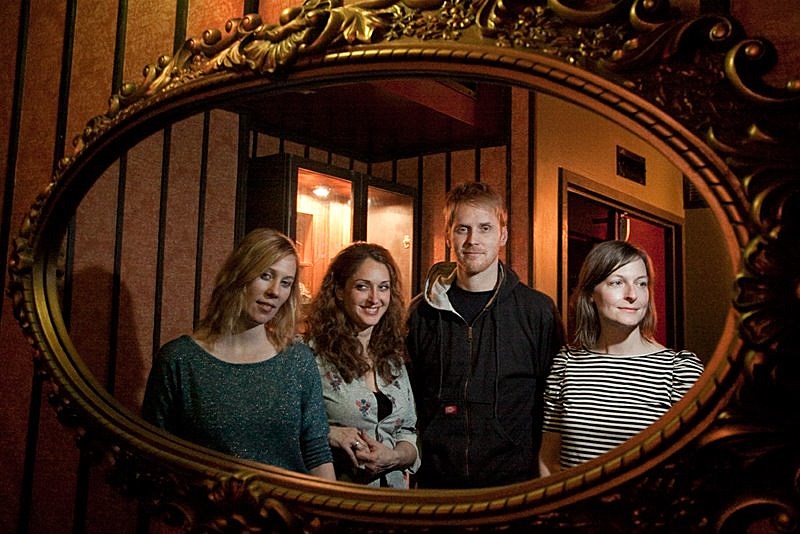 We recently attended the PS 154 benefit at the Bell House where two singing members of The Wrens were gloriously back on stage together again after a rocking set by Palomar. A true family affair, Rachel Warren from Palomar and Charles Bissell from the Wrens are married, and the show was a benefit for their kids' Windsor Terrace school. Palomar drummer Dale Miller's band White Collar Crime (not to be confused with the new hardcore band with the same name) opened the show, but Dale actually only played one song with Palomar who otherwise played with a "semi-original lineup" that included drummer Matt Houser in addition to Brockett, Christina and Rachel. They sounded great, like I'm sure they will again with any lineup at Cake Shop on 9/20 with the Oranges Band and So Cow (Cake Shop booker Andy proclaims, "The Oranges Band was one of our fave bands a decade ago.. plus we LOVE Palomar & So Cow! Cannot wait for this one.")

So Cow (the band) 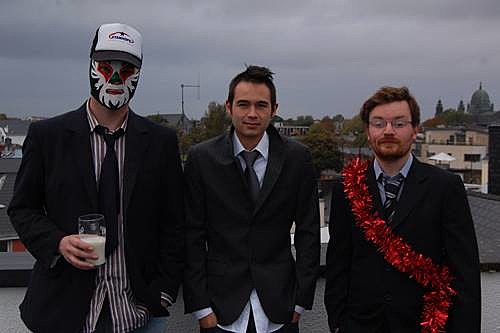 It's been four years since Ireland's So Cow released a new album. Main man Brian Kelly has turned So Cow from a quasi solo project to a proper band and released a split single last year with Image Makers and you can stream that below. There is also a new album, The Long Con, that is supposed to be out on Goner at some point, hopefully before their appearance at this year's Gonerfest in Memphis. That 9/20 Cake Shop show with Palomar is part of a tour around Gonerfest and also includes another NYC show on 9/19 at Death By Audio with Shark?. The latter is part of a short Shark? and So Cow tour. All So Cow dates haven't been officially announced yet, but the ones we know about are listed below.

Meanwhile you can catch Shark?, who were great opening for the Orwells at Shea, tonight (7/20) at Death By Audio with Sleeping Bag and Rozwell Kid, on 7/27 at Muchmores with Radical Dads, and again in Brooklyn on 7/18 at Gigawatts Fest with Frankie Cosmos, Fiasco and many more.

Dates are listed with some songs below...

So Cow | Ruane Vs The A-Bomb