street art by Damien Mitchell near the DeKalb Ave stop 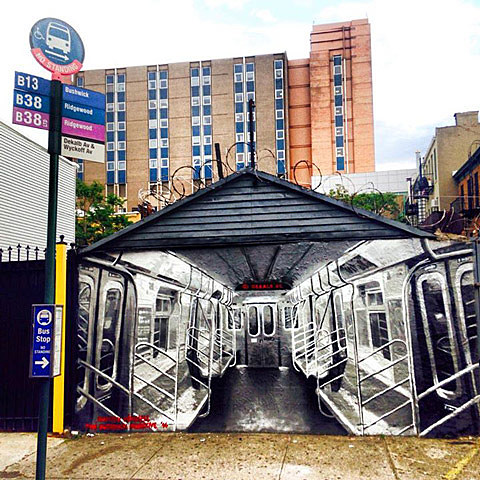 This weekend is Bushwick Open Studios a great chance to see a bunch of art where it's being made, walk through the many studios in the Brooklyn neighborhood, and probably nab a few free drinks along the way. We already told you about most of the music (much of it free) that's happening as part of it, but there's also the 2014 edition of the Bushwick Collective Block Party which happens on Sunday, June 1 on Troutman St between St. Nicholas and Wyckoff Aves from from 11AM to 7PM. This free event features live performances from Twin Strike, No Way, The Montauk Project, Such Hounds, Fletcher C Johnson (who plays tonight too), Tournament, Iron Force, Pampers, and NAAM.

In addition to the music, there will also be live street art happening. It's part of the The Bushwick Collective's first-ever art show which is running now through Sunday (6/1) at 426 Troutman St. The BC and is open from 7 PM - 11 PM and showcases some truly amazing street artists. Check that subway scene at the top of this post which was done by Damien Mitchell for Bushwick Collective. Participating artists include Blek Le Rat, Solus, Rubin415, Chris Stain, Dan Witz, Zimad, Jerkface, Joe Iurato, Sexer, Beau Stanton, Atom, and FKDL. Sounds like something to definitely check out if you're going to be at BOS on Sunday.

The block party is sponsored by Montana's Trail House which is a new restaurant opening today on the block (455 Troutman).

We should note this has nothing to do with the Bushwick Block Party that usually goes down on Moore St. outside of Robertas in late July. No word on whether that's happening this year yet -- last year got a little wild.

Flyers for the Bushwick Collective art show and block party, below... 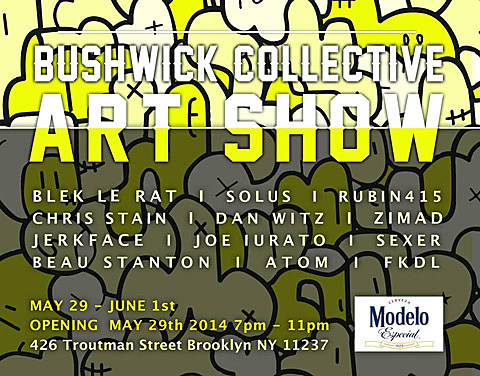 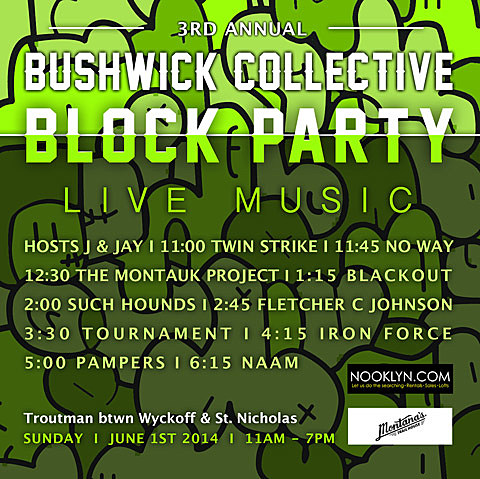