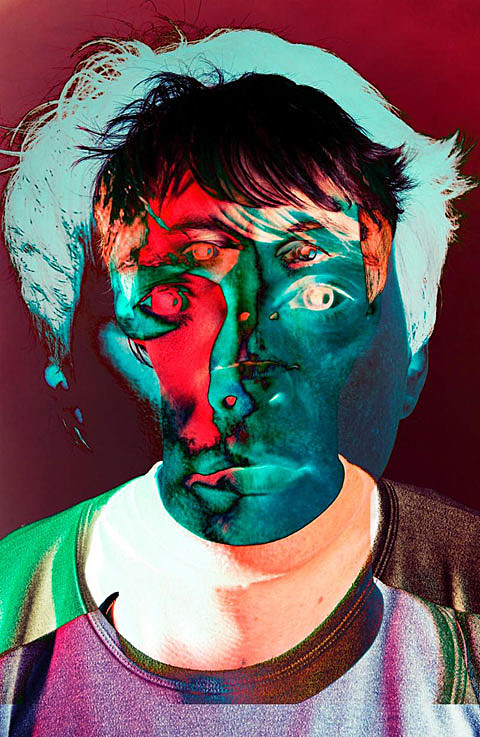 "Panda Bear is the project of Animal Collective member Noah Lennox. Tomboy, his long-awaited fourth album as Panda Bear, and follow-up to Person Pitch, is now complete and will be released on his own label, Paw Tracks on April 19, 2011.

Over the past six months or so, Panda Bear has released a series of vinyl singles on different labels, including Domino, Paw Tracks, and Fat Cat, with the final single forthcoming on Kompakt. The Tomboy album will be a compilation of these songs, along with new ones that have not been released. Additionally, all the songs have been added to and newly mixed with help from Sonic Boom to give the album a wonderfully rich and warm sound. stay tuned for more details." [PRESS RELEASE]

It was back in September that we learned we definitely wouldn't be seeing Panda Bear's album in 2010, or maybe even anytime soon, so this is good news.

In related Animal Collective news, Animal Collective member Deakin will share a bill with Black Dice and Mirror Mirror this Saturday in Brooklyn at Secret Project Robot, a venue which is moving to a new location at the end of 2011. Meanwhile they have a full schedule at the current location. More details, more event listings (including a Knyfe Hyts residency) and this weekend's flyer below...

IT'S 2011 AND SECRET PROJECT ROBOT IS READY
TO PARTY LIKE IT'S 2011
WE'RE ALL ABOUT THIS YEAR THIS YEAR.
BECAUSE IT'S TIME TO TAKE BACK NEW YORK CULTURE!
LET'S STOP REMINISCING ABOUT THE PAST AND MAKE THIS
THE MOST INFLUENTIAL SCENE OF THE MILLENNIUM!!
This year, you can look forward to the most insane art shows + installations!
Music shows with the most love put in!
And a continued vow to keep Secret Project Robot about friendship and community!
XOXO,
secret project robot
all 2011 art shows listed below

FRIDAY FEBRUARY 4th through March 2ND
opening 8 to 11pm with performance at 9pm
Mira Billotte from the Legendary WHITE MAGIC will create a psychedelic maze of video, fabric, art and mist. The installation will draw the viewer into layers of transcendant bliss.***performances throughout the month so keep posted

SATURDAY APRIL 9TH
Opening reception 8 to 11pm
STO STO STO!!!!
What do Our favourite friend, our favorie artist and our favorite gallery all have in common? They all have the name STO!!! This year Sto and friends will create an amazing installation full of the most exciting paper mache youve laid your eyes on since I dont know when

FRIDAY APRIL 29
PENDU DISCO with Jewels of the NileSATURDAY

MAY 7TH
Opening Reception 8 to 11pm
THE BLACK LIGHT LOUNGE: how awesome would it be to walk into a room filled salon style with black light posters and art! This Spring Secret Project Robot creates the long awaited flourecent opulence. Over 30 artists participate to transform the gallery into a blacklight cocktail lounge

JUNE
Musicians who make art to make music to, to make art. It seems like this show should have happened a long time ago, but this summer, were getting serious about a secret Project Robot tradition of combining all the historically divided fields of art, culture, music and criticism into a single continuous piece of art

JULY
Have you met the really amazing artist from next door? Raul De Nieves shows us what hes got when he and some friends make hot sticky art in hot sticky July.

AUGUST
THE ANDY KESSLER Month- This year were gathering friends and artists to make surf and skate boards in a big show to honour the memory of Andy Kessler. A lot of great projects have been done with the Andy Kessler Foundation and we want August to remind people of what a significant force Andy was to the skate, surf and art world. Well always REMEMBER ANDY!!!!!

SEPTEMBER
Secret Project Robot Board of Directors Show!!!Favourites from the past and future

OCTOBER and NOVEMBER
One final long good bye!!! An installation made by all the people who have helped make this carnation of secret project robot so special

Stay tuned for more details about where Secret Project Robot is going.