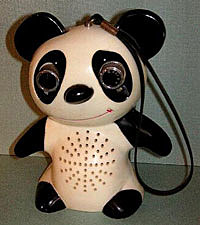 "It's near the East Village downtown, and it's where Animal Collective would play a lot when we were just starting out in that city. It's not really big, but the sound was always really good there for a smaller place, and the feeling inside was always good. I saw Herbert there once, and it was really great. I suppose all kinds of things can sound good in there, and I think that speaks very well for the place. I remember I think the second or third show we were playing there, they were having a sort of residency for the Strokes-- they were playing there every Monday for a month. I wish I'd seen one of those shows, but I never saw them live until they were playing really big places (or festivals), but it was still ripping anyways." [Panda Bear to Pitchfork]