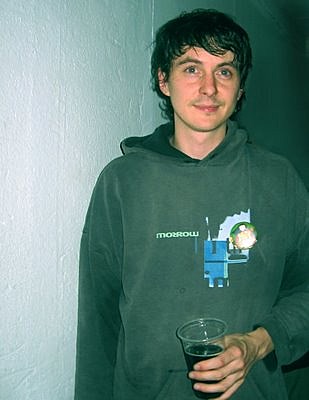 With a new 7" on the way and select dates already scheduled, Panda Bear has confirmed the details of his new record, and more shows - including one on Governors Island on September 11th... which feels kind of weird - not good or bad, just weird since the Manhattan skyline will be clearly visible from the outdoor venue while Noah Lennox is performing. $25 tickets to the show will go on AMEX pre-sale on Wednesday, June 9th and then general sale on Friday, June 11th.

Dirty Projectors also play a NYC show on 9/11 this year.

More info about the PB single (which is part of a series in anticipation of a new LP) and all tour dates (Animal Collective-related wedding footage) are below...

The two-track "Tomboy" is the first in a series of limited-edition 7" singles that Panda is planning for different labels, all leading up to the release of a full-length, also called Tomboy. The singles will all be limited-edition, single-pressing vinyl affairs, and they won't be available digitally until the album comes out.

The single features two tracks, "Tomboy" and "Slow Motion". (No word on whether the latter is a Juvenile cover. We can hope!) Panda recorded and produced both of them in his Lisbon studio. A press release indicates that these songs won't be as sample-based as Panda's last album, 2007's beloved Person Pitch. [Pitchfork]