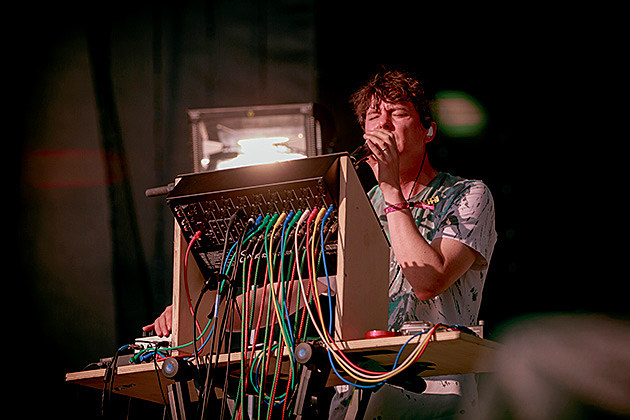 Panda Bear's digital copy of his EP, Crosswords, was released online in August and will be physically out on Friday through Domino. Today he shared a bonus track on Youtube called "Lisbon Zoo," named after the zoo in his current city of residence. The psychedelic beat-driven song fits in well with the rest of the EP, as you can hear below. If you order the physical EP, you get a download of the whole thing, including "Lisbon Zoo."

Animal Collective are also planning to follow 2012's Centipede Hz with a new album. No release date or title has been announced, but they did tide us over with the release of a 24-minute improvised jam called "Michael, Remember." They shared the song in a video that features marine biologist Colin Foord and AnCo members Deakin and Geologist at the Flower Garden Banks National Marine Sanctuary in the Gulf of Mexico.

Listen to Panda Bear's "Lisbon Zoo" and watch the video for Animal Collective's "Michael, Remember" below...