Panda Bear at MHOW in July (more by Amanda Hatfield) 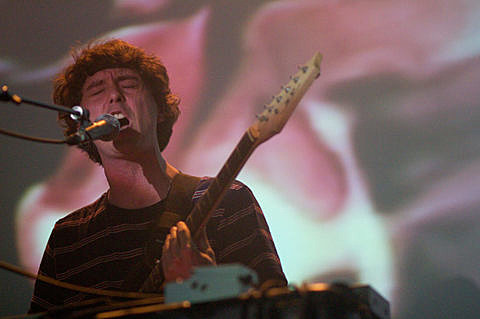 As mentioned, Panda Bear plays Brooklyn Masonic Temple on October 2. We also mentioned that the show would reportedly be taking place one day after another NYC show that would probably be at Webster Hall. It's since been confirmed that the other show will take place on October 1 at Webster Hall. Tickets go on sale Friday (8/26) at noon for the Webster show and the Masonic Temple show. An AmEx presale for the Webster Hall show starts Wednesday (8/24) at noon.

In other Paw Tracks news, Prince Rama's collaborative show with Sun Araw happens at Music Hall of Williamsburg this Friday (8/26), and Prince Rama have a bunch of other shows coming up too including September 8th at Issue Project Room.