Nas blessed Brooklyn with a free show at Brooklyn Steel last night (7/19), presented by Pandora. It was the smallest show he'll be playing in the area this year, and he kept his set to the fan favorites, playing a good chunk of Illmatic and other faves like "Got Yourself A Gun," "Made You Look," and "One Mic." Photo of the setlist as it was written below (he also played some stuff that wasn't on it like "If I Ruled the World"). He gave a tribute to fellow Queensbridge legend Prodigy, who sadly passed away recently (not the first time he honored Prodigy at one of his shows). He rapped along to "Shook Ones Pt. II," and you can watch a video of that below.

It was a great bill all around, with support from two newer rappers whose music is rooted in the New York rap history that Nas helped create, "OOOUUU" hitmaker Young M.A and Dave East (who's signed to Nas' Mass Appeal Records). As an added bonus, Biz Markie DJed (and Nas saluted him on stage - "he's an inspiration to me, man"). Pictures of the show -- including shots of breakdance cypher in the crowd -- are in the gallery above.

Nas plays NYC festival The Meadows on 9/17 and also tours with Lauryn Hill including a big NJ show on 9/14. 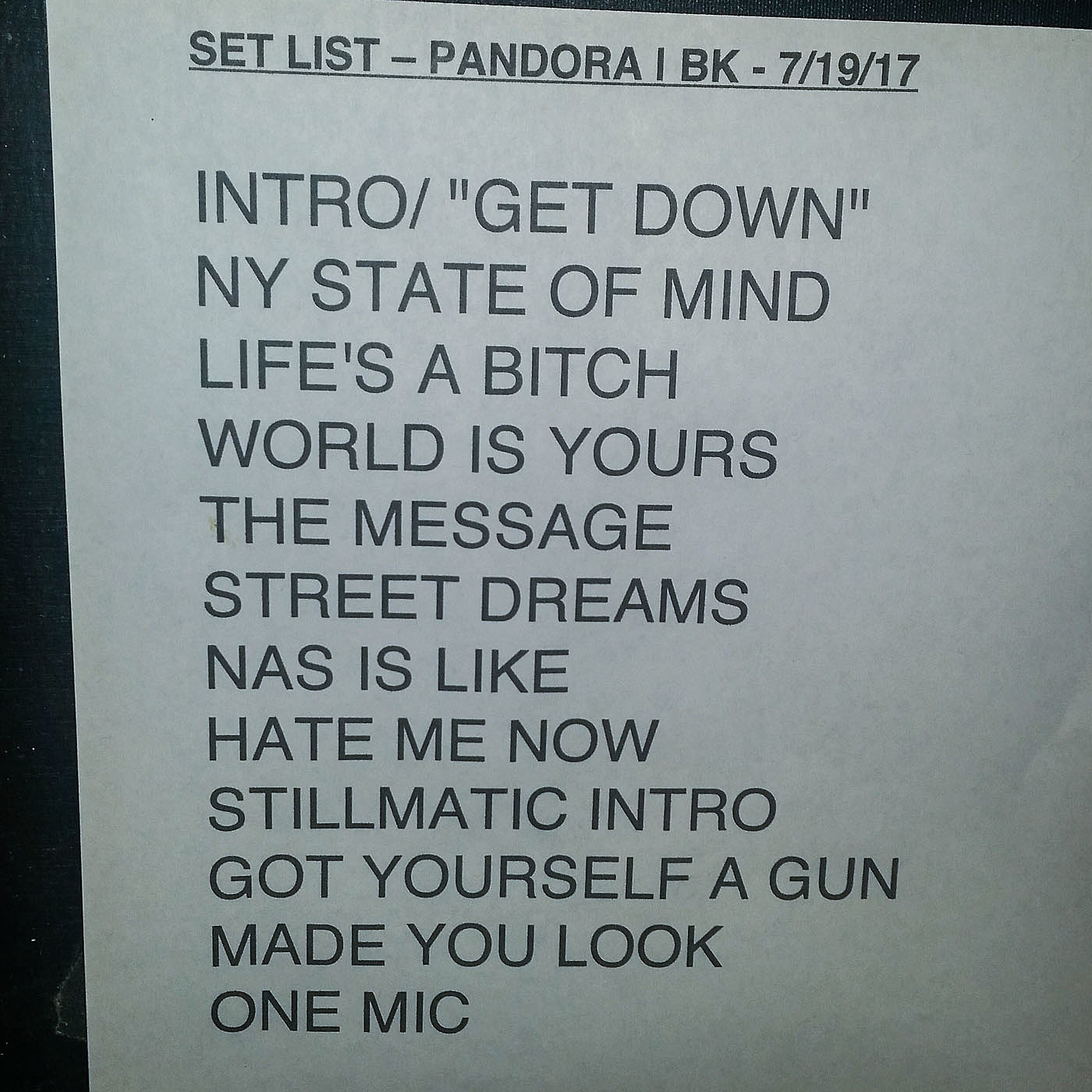