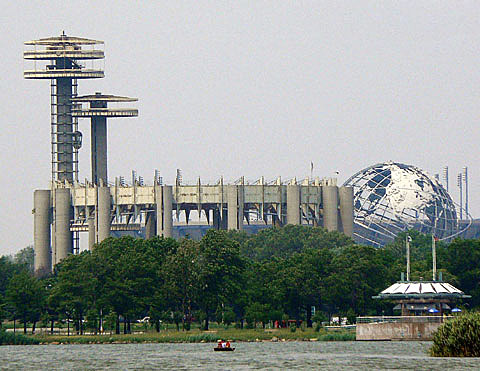 Panorama, the not-announced, but much talked about new NYC music festival set to take place in Queens this summer, is still planned, but it won't happen in June anymore. Goldenvoice/AEG is apparently having trouble with permits and are working to lock down a new date. Meanwhile, already-confirmed bands (like LCD Soundsystem?) are either booking new NYC shows in June, or changing around their 2016 schedules while they wait for the new date.

News of the new NYC festival first leaked at the end of September, and it didn't take long for established, competing NYC music festival Governors Ball to let the world know they aren't happy by this power move from the people behind Coachella. To add to the drama, we then found out that MSG is ALSO trying to throw a fest in Queens' Flushing Meadows Corona Park.