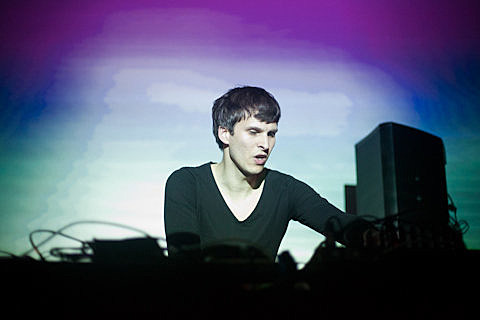 German producer Pantha du Prince (aka Hendrik Weber) plans to release the followup to 2010's Black Noise in early 2013 via Rough Trade. More info on that will be announced soon, but meanwhile, he's kicking off a North American tour this month surrounding his appearance at Moogfest. The day after he plays the Asheville festival (10/26), he'll come to NYC for a Blkmarket show at a TBA venue on October 27 with Barem, Gaiser, Petre Inspirescu, and Talmur & Fashad. Tickets for that show are on sale now.

A list of all tour dates and a video are below.

Pantha du Prince - "Stick To My Side"