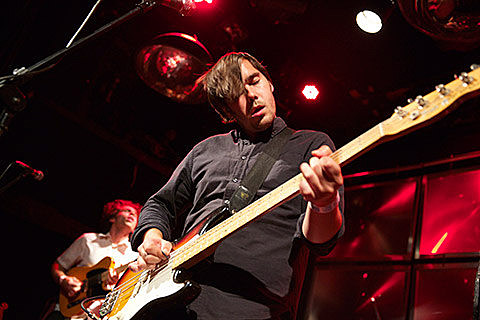 Parquet Courts released their new EP, Tally All The Things That You Broke, a couple weeks ago and have since put forth a video for lead track "You've Got Me Wonderin' Now" which was directed Thu Tran, the charmingly warped mind behind the much-missed Food Party. You can watch that below.

The band, who just played a few NYC shows including a headlining gig at Music Hall of Williamsburg, will be spending late January and early February somewhere warm -- Australia and New Zealand -- but before heading there, they'll play a few shows in California. And just before that, Parquet Courts will play a bon voyage show in NYC at Bushwick's Acheron on January 14. Tickets for that show are on sale now.