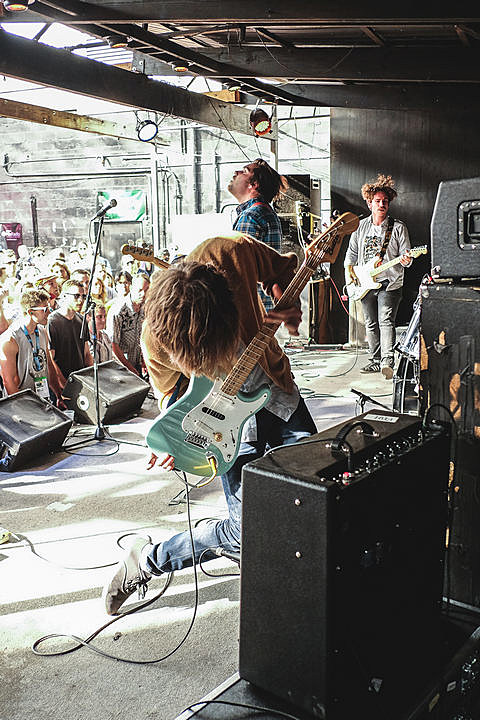 Parquet Courts will release their third album, Sunbathing Animal, on June 3 via What's Your Rupture / Mom & Pop. The album's mostly one-chord title track -- which you may already know via its sheet music -- can be streamed below.

The band previewed a few of the album's new songs at our SXSW Saturday day party last month, and the band will be touring for most of the summer. Those dates include the previously-mentioned show at Bed Stuy's Sugarhill Supper Club on June 11, with a hand-picked line-up featuring tourmates Protomartyr, plus Future Punx, and Xerox. Tickets for that show are now on sale.

Updated tour dates are listed, along with the new song stream, album art and tracklist, below... 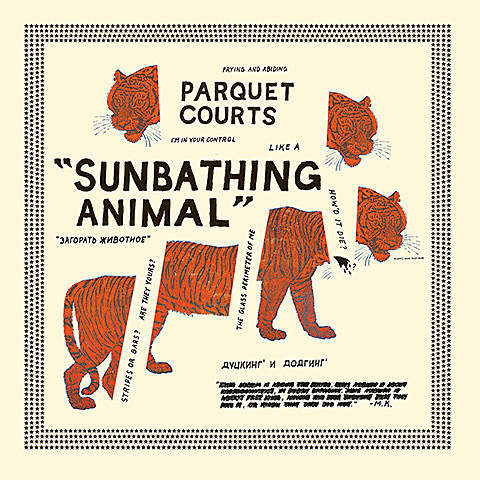