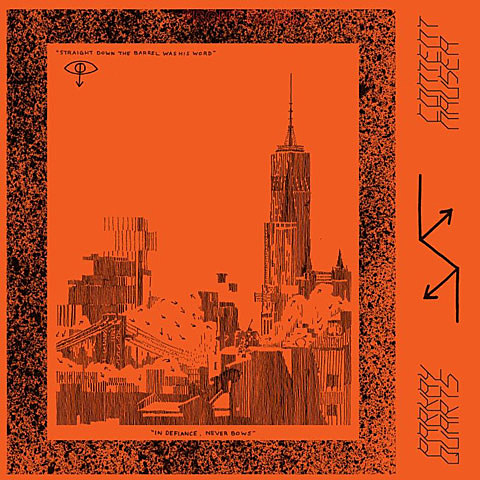 We had wondered before why Parquet Courts were billing themselves on some upcoming shows at Parkay Quarts and now we may have the answer: frontmen Andrew Savage and Austin Brown are releasing an album under that name, titled Content Nausea, which will be out digitally on November 11 and physically on December 2. Brown and Savage made the record mostly by themselves, with help from Jackie-O Motherf*cker's Jef Brown on saxophone and Eaters' Bob Jones on violin. It's also got a cover of Nancy Sinatra's "These Boots Are Made for Walking." You can stream closing track "Uncast Shadow Of A Southern Myth" below.

Meanwhile, the various forms of the band have shows coming up, including NYC shows as PCPC (their collaboration with PC Worship) with The Thurston Moore Band (both NYC dates are sold out), and their year-end spectacular at Webster Hall on December 11 with Blues Control and PC Worship (tickets).

All dates are listed, along with Parkay Quarts song stream and album tracklist, below...