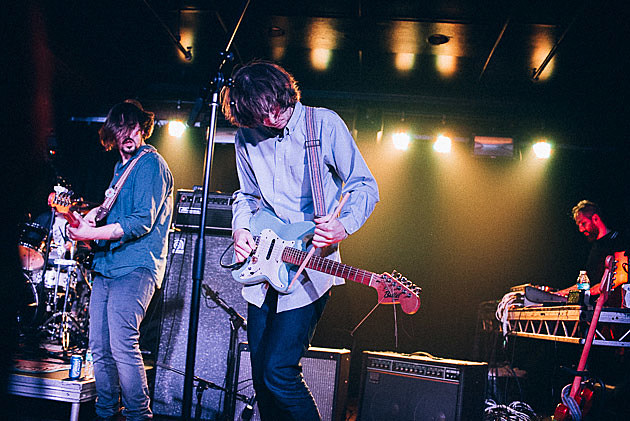 Baby's All Right have finally announced who the "secret band" is tonight (1/27): it's Parquet Courts, which makes sense, as the show also has Florida's Soda, who just released an EP on PC singer/guitarist Andrew Savage's Dull Tools label. B Boys, who have an EP coming out on Captured Tracks, open this late show. Advance tickets are sold out, but 100 spots will be available at the door starting at 9 PM. Doors are at 10:30 PM with the show starting at 11.

Parquet Courts will be touring in February, and are playing a few festivals this spring, including Marfa Myths and Levitation. All dates are listed below.