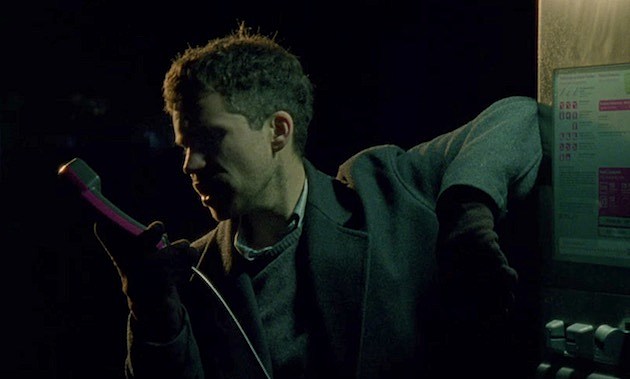 Parquet Courts have released "Berlin Got Blury," the second single from their forthcoming album Human Performance. A tale of existential dread in a foreign city, it's also one of the catchiest songs they've ever done. The song's video, directed by Claes Nordwall, was shot in Berlin with singer Andrew Savage struggling with loneliness, German pay phones and giant shawarma. Savage says this about it:

"Berlin Got Blurry" is a song about saying goodbye to someone from the other side of the world and about feeling completely foreign to your environment; knowing you can't go home, but not knowing where you belong. I wrote the song in Berlin, so it made sense to try to recreate my experience for the video. It was shot on 16mm by the wonderful, talented and patient Claes Nordwall, who was able to take my very loose concept and make it into something really beautiful.

Most videos these days seem like an afterthought but "Berlin Got Blurry" is worth your three minutes and change. Check it out below.

Currently playing shows on the West Coast, Parquet Courts' tour will hit NYC at Webster Hall on May 20 with B Boys. Tickets are still available.