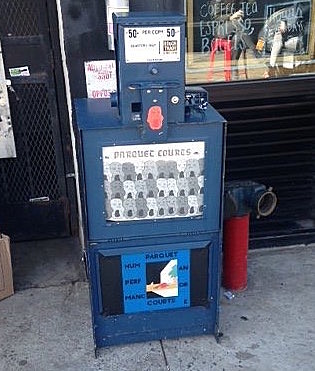 Parquet Courts have shared "Outside" from their forthcoming album Human Performance. It's the shortest song on the album (an economical 1:47) and one of the catchier numbers, too. (This is by far their most hook-forward album, to my ears.) Have a listen, via Spotify, below, and the LP is out April 8 via Rough Trade.

UPDATE: The band have just announced a record release show that happens April 8 at The Bell House with Rips. Tickets for that show go on sale Friday (3/25) at noon.

If you don't want to count on winning your way into Parquet Courts' show at Webster Hall on May 20 with B Boys, tickets are still available.