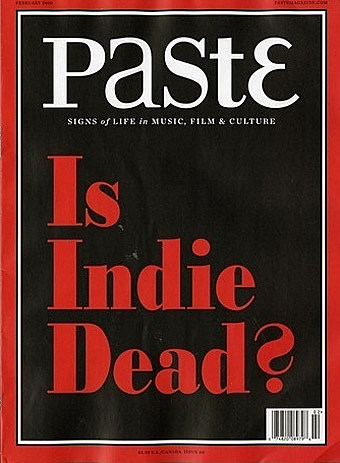 "We heard earlier today that Paste Magazine was in imminent danger of folding. Looks like it's already happened.

--
UPDATE: a message from Paste below...

Struggles with mounting debt were made public last year when our readers responded with generosity to save the magazine. But the prolonged downturn of the ad market has forced a hiatus. All subscribers have access to the digital version of their magazines through the June/July issue on PasteMagazine.com. Paste, while considering strategic alternatives, is focusing on its digital assets, including PasteMagazine.com.

We thank all of those who have shown such tremendous support to a vision of independent media focused on Signs of Life in Music, Film & Culture, including subscribers, advertisers, writers, photographers, illustrators, publicists, record labels, movie studios, book & game publishers and others in the press.