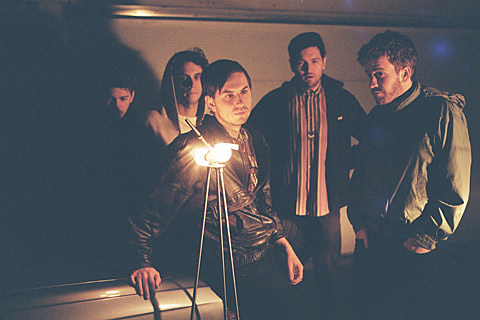 Montreal's Pat Jordache will release Steps on May 15 via his own Banko Gotiti label. It collects four tracks from his digital "Singles Series" and adds another four. Over the last three years, Pat has transformed his band into a paranoid party band, with liquid bass, sinewy funk, and sonar dub. If you dig The Pop Group (or Mark Stewart's solo work), Japan, or classic 4AD band The Wolfgang Press, Pat Jordache is successfully mining a similar vein. You can stream Steps' title track, and the rest of the "Single Series," below.

Pat Jordache, the band, have a few shows lined up around Steps' release, including one at NYC's Elvis Guesthouse on May 27 with Vesuvio Solo. Tickets are on sale. All dates are listed below.