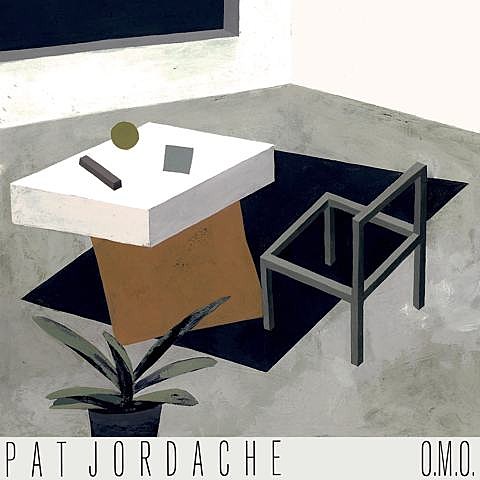 SILO: How would you describe the sound of the new singles and do you laugh at bloggers when they try to find ways to describe your music?

Adam Wilcox: I liked it when you were called the "dank pop don." Once someone described the bass playing as parping... I had to look that up. It just means like farting around, which was so funny because the song they were describing we had to play in tandem and it was complicated enough that it took three or four practices for me to nail it. To have that described as farting around is like "oh yeah, really nailed it perfectly."

Cameron MacLean: Talking with some older musicians I've heard them describe Jordache as like jazz fusion. I had a professional pianist and vocal teacher tell me she listened and said it was going to be a "nice fusion record."

AW: It's cool when the moms get it before the music journalist do. Journalists are like "new wave." But I don't listen to new wave. - [Silo Montreal]

I think I reffered to them country goth when I saw Pat Jordache at CMJ a couple years ago, a post-punk sound that wasn't really evident on their debut album. Since then, Pat has reworked the band, adding a saxophonist and heading in a more rhythm-heavy direction that I experienced in their Montreal hometown last November.

That new direction can be heard on Pat Jordache's series of downloadable singles, the final of which surfaced this week. With watery bass, undulating synths, and a dubby rhythm, "O.M.O" is sultry like a July night where bad decisions thrive (and makes this guy think of '80s acts like Mark Stewart or The Wolfgang Press). You can stream it below along with the other two worthy digital singles. All three are free downloads via Bandcamp.