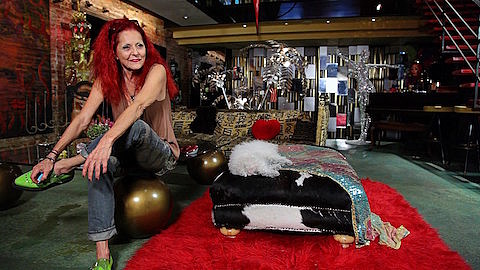 Costume designer and downtown style icon Patricia Field will close her famed boutique in 2016 after 50 years in business. Originally opened in the West Village in 1966, her store moved to the East Village in 1971, and has been in its current location (306 Bowery) since 2012. She told Racked:

"The timing is right [to close] Bowery," she continued. "I feel like I've been watching the Bowery change since I bought my first property. I watched what was going on in the early 2000s, and was like, 'I'm going to move my store here because this street is hopping.' Fast forward ten years or whatever, and there's all this really high-status luxury"...

...But the street's newfound image -- and the soaring costs that typically come along with it -- have nothing to do with the store's end. "It's not financial," she reiterated of her decision to close, a phrase that not many independent business owners can say these days. "I'm okay, financially. It's mainly to free myself creatively. And lately, my social life has gone down the drain. I haven't gotten to the gym to swim anymore. I sleep and I work -- I have to change that. It's not good for me."

Field became much better-known outside of New York when her friendship with Sarah Jessica Parker got her the gig as costume designer on Sex & the City and has gone on to work on Ugly Betty, The Devil Wears Prada, and more.

Patricia Field's store will close in April. She's currently also got a holiday pop-up shop as part of the Dover Street Market.