"All of our deceased Jewish grandmas are having 'Dirty Dancing' lessons with Patrick Swayze up in the sky -- Borscht Belt style." - Taryn A. 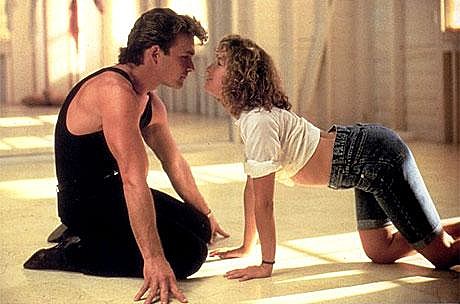 Patrick Swayze, the balletically athletic actor who rose to stardom in the films "Dirty Dancing" and "Ghost" and whose 20-month battle with advanced pancreatic cancer drew wide attention, died Monday. He was 57.

His publicist, Annett Wolf, told The Associated Press in Los Angeles that Mr. Swayze died with family at his side.

Mr. Swayze's cancer was diagnosed in January 2008. Six months after that, he had already outlived his prognosis and was filmed at an airport, smiling at photographers and calling himself, only half-facetiously, "a miracle dude." He even went through with plans to star in "The Beast," a new drama series for A&E, and filmed a complete season while undergoing treatment. Mr. Swayze insisted on continuing with the series.

"How do you nurture a positive attitude when all the statistics say you're a dead man?" he said to Bill Carter of The New York Times last October. "You go to work." [NY Times]

The sad news comes one day after the completion of the 2009 ATP NY Festival at Kutscher's in the Borscht Belt, where the ghost of Johnny Castle was always in the (sometimes confetti filled) air (and "Dirty Dancing" was as common a comparison to the venue as "The Shining"). RIP Patrick. Videos below...