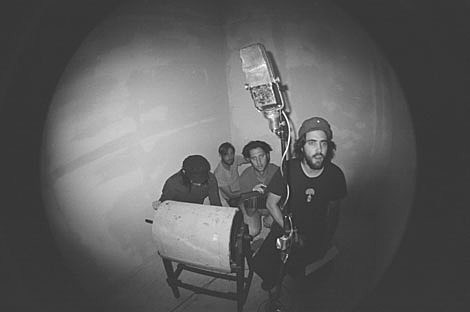 Written during a Montreal winter and recorded in Montreal and Iceland, Patrick Watson's 'Wooden Arms' cements him in the territory between serious composer and indie pop artist, with stage charisma to spare. Watson produced the album with his band, bassist Mishka Stein, drummer Robbie Kuster, and guitarist Simon Angell. Secret City Records will release 'Wooden Arms' on May 5 in the U.S.

"Tracy's Waters" is track two on the new album. Download it now for free above. If you don't know Patrick yet, think M Ward and Jeff Buckley. In 2007 he won the Canadian Polaris Music Prize. Full album tracklist below...